Last of the Superheroes for awhile

These are the last of the 28mm superheroes for awhile. I'm looking to switch up my painting some and get back into something a bit more historical for a few weeks. 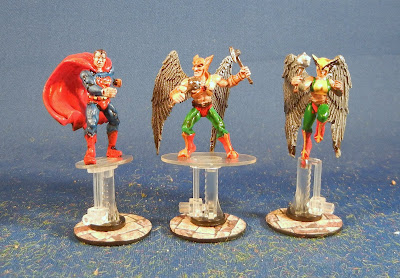 These fellows are most of the Justice League of America from when I used to read it (in the mid-1980s). First up we have Superman, Hawkman and Hawkwoman. 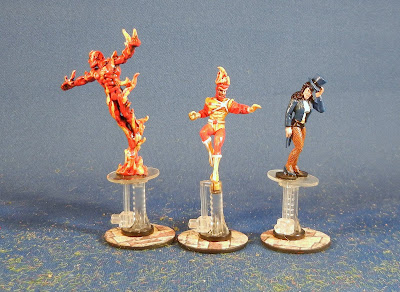 Then we have the Human Torch (a Marvel extra that I did when I had the red paint out), Firestorm and Zanata. 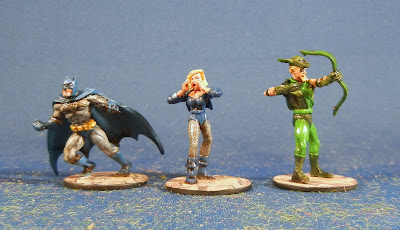 Yet another round of Batman, Black Canary and Green Arrow. I'm sure I have a Green Lantern somewhere to join them.

And finally The Elongated Man, Wonder Woman, Aquaman and someone named Ice who must have joined after I stopped reading.

Up next: Some skaven are currently underway and I'm off to play a game of Epic Battlelore with Craig this afternoon. Then I'll be back to either some renaissance guys or perhaps some Roman auxilia. There is also the club and our auction on Tuesday.
at 9:08 AM