This week is a hodge-lodge of fantasy figures. First up are three Hogwarts figure Hagrid, McGonagall and Mad-Eye. These are some metal toys that I stripped last year. I have half a dozen left to paint. 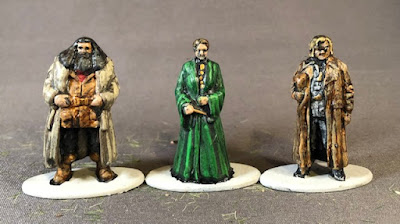 A friend also asked me to paint his Gloomhaven: Jaws of the Lion figures. 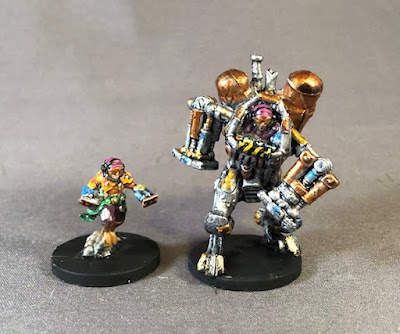 I've no idea what the deal is with this game but the figures are boxed individually. So I pulled them out, carefully recorded which went in which box, and have returned them. 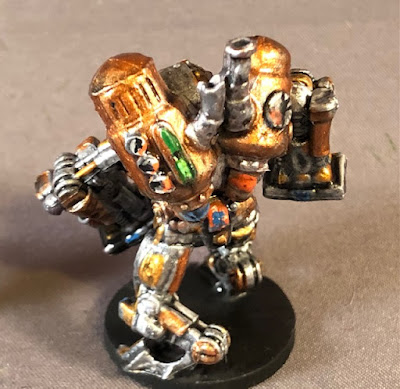 I tried to make the mecha look like it had seem some stuff. 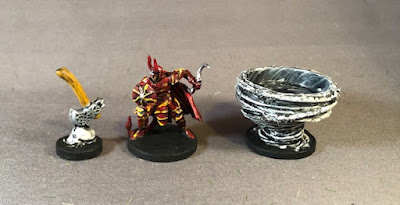 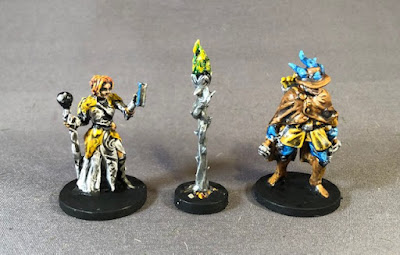 I have some Star Wars Legion figures on my table and another box of Gloomhaven to dig into.