I have for sale a painted 28mm HoTT Superhero army featuring your favourite heroes from the Marvel Universe. Imagine your buddy's reaction when you agree to an age of heroes game and you plunk down the Hulk. The 14 base army comprises about 32 AP. 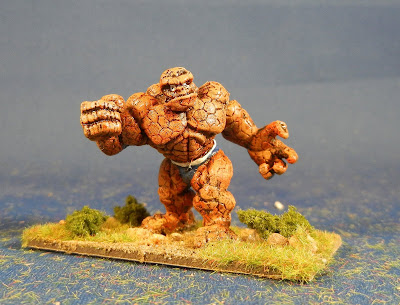 I've tried to keep the various superhero teams together in this army and we start with the Fantastic Four. First up is The Thing. You could play him as a behemoth but I think he would be better as a hero. 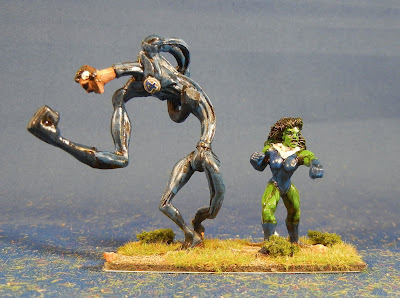 We also have Mr. Fantastic and She Hulk (who apparent was part of the Fantastic Four for awhile). I'd play them as blades. 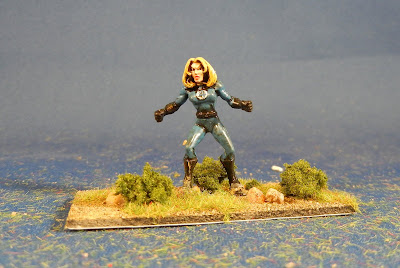 I would categorize Invisible woman as either a lurker or a sneaker in HoTT. 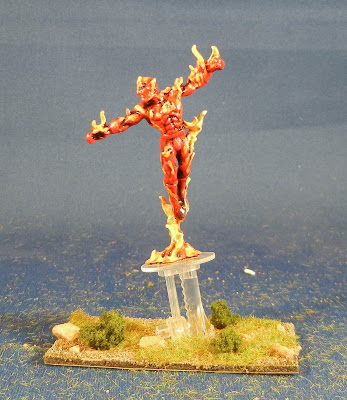 The Human Torch seems to me to be a flyer, although you might use him as a shooter. We then turn to the X-Men and the Avengers to fill out the ranks. 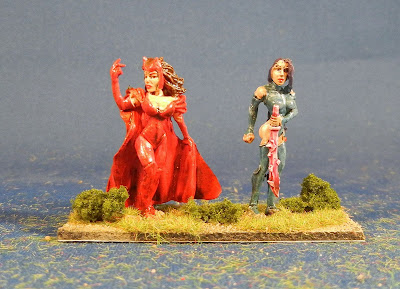 First up is the Scarlet Witch and (I think) Psylock. Both seems to have projection-based powers, so I'd call them shooters. The red outfit the Scarlet Witch is wearing seems to cause my camera problems--she is nicely painted in the flesh and the red is not so overwhelming. 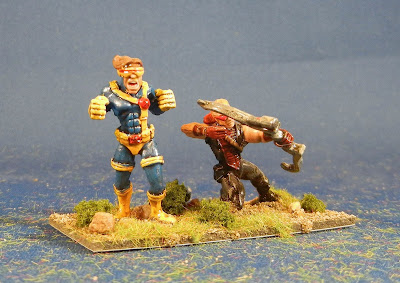 Again, as shooters we have Cyclops and Hawkeye. 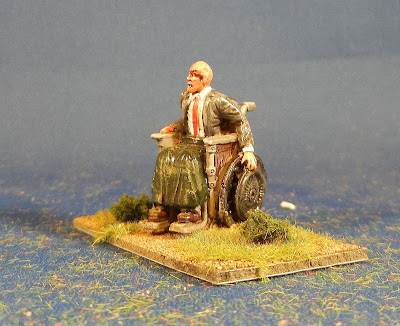 I think Dr. Xavier would be a good cleric in HoTT. 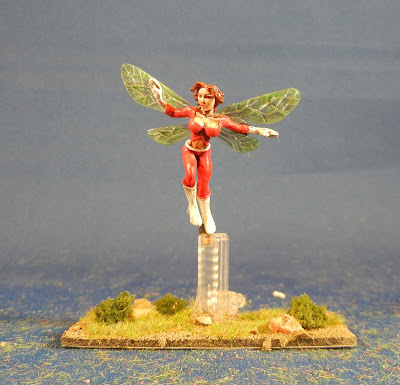 The Wasp is clearly a flyer, but perhaps also could be played as a lurker. 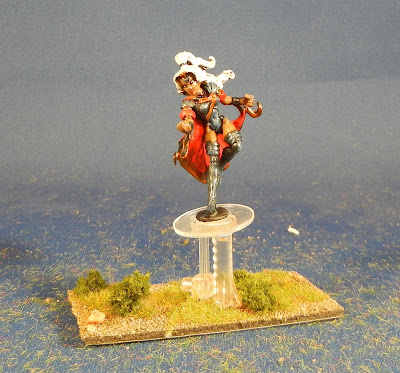 Storm you could use either as a flyer or a magician. I think the latter is a better fit. 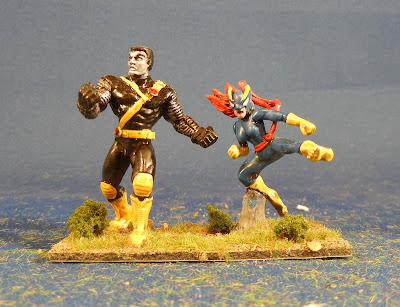 Colossus and Wildcat I would play as warband. 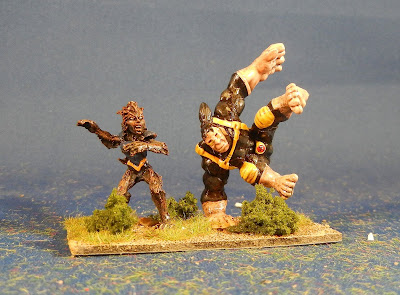 I would also play Wolvesbane and Beast as warband. 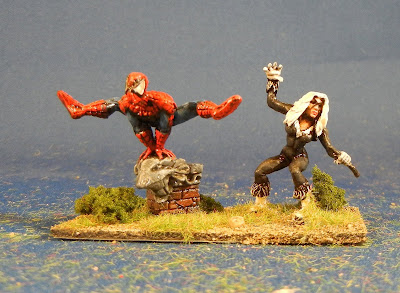 Same goes for Spidey and Black Cat as well as Elektra and Dare Devil. Again, pardon the too-vibrant red my camera has introduced--they look just fine in person. 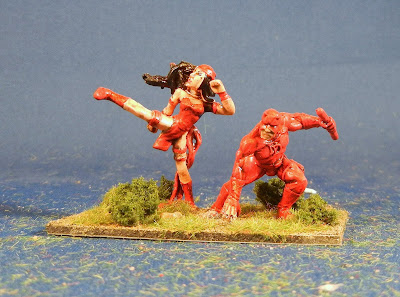 And finally we have the Hulk who is clearly a behemoth. 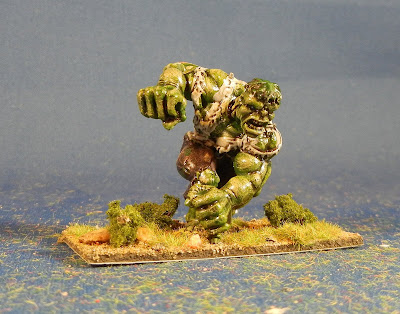 These are Heroclix figures I have collected, repainted, washed and based on 60mm frontages. I'd like $75 OBO for this army (including shipping in Canada or the US). Offers to bob.barnetson@shaw.ca .
at 5:58 AM

These look great, as usual! You really inspires me with your clix repaints. But you did'nt wait for the superhero rules from ganesha-games?
Then again, Hott is a really good set of rules. :)

Jonathan: Thanks. I have quite a collection of clix so I have a bunch ready for Power legions (whenever it drops) and am simply trying to sell of the duplicates to recoup my costs. I think a HoTT superhero army is whimiscal and fun! Bob