I've just completed a small commission for some 15mm Flames of War French infantry. These are Goum troops who wear funky robes over top their uniforms.

First up is a rifle platoon. I see the colour is shifting to the yellow (didn't let the lights warm up enough, I guess). From what I can tell, this basing is roughly consistent with the Monte Cassino campaign--rough stone with a yellow tinge. 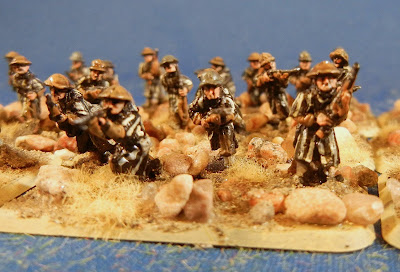 I tried to follow the pictures I was sent in terms of the colour scheme. While the figures were lovely, the large and deep bases for each figure made it tricky to base them--hence the rocky terrain the Goum favoured operating in. 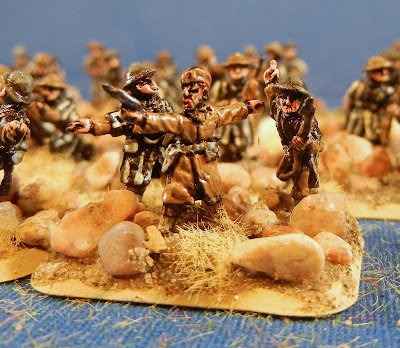 There are a couple of bases of officers with this rifle company. And, below, there are also two bases of snipers. 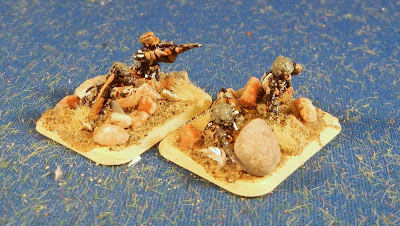 Up next: The support weapons are drying as we speak (lots of MGs and mortars). Craig is dropping by today for some Battlelore and I also have some 28mm Roman auxiilaries that I need to prime if the freezing rain will stop.
at 7:26 AM

Thanks--lot of painting stripes! But they are nice enough figures.

Thanks Adam; I should have more of these to show tomorrow (Saturday).