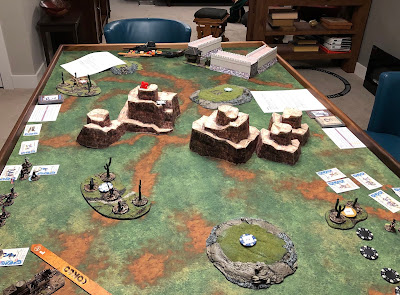 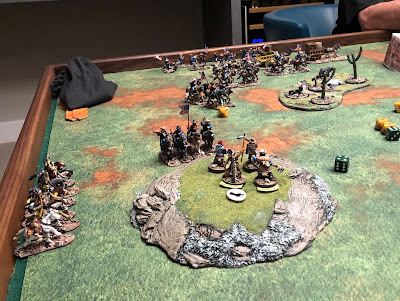 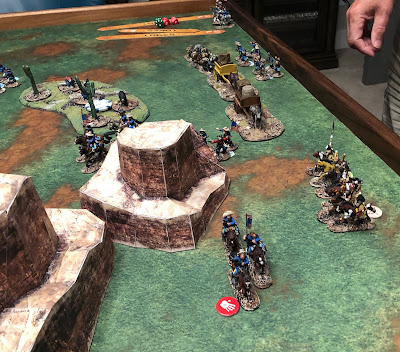 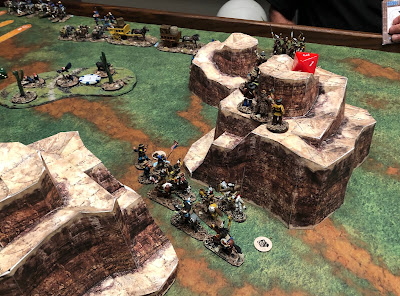 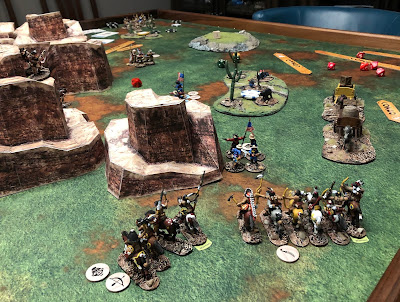 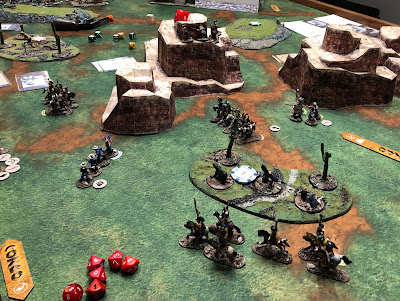 Overall, this scenario offers lots of replayability and several tactical options. I deployed the locals forward to attrited the visiting team. But a different strategy would be to deploy them back and marshal reinforcements for a charge. The wagoneers might also have rushed troops forward and dismounted to create fire bases and a safer path for the wagons.
at 5:00 AM No comments:

I made it out to the club this week. Bruce hosted four guys in another Congo Gulch game. This time it was a good old election, with each player trying to get to the post office to cast ballots for their candidates. 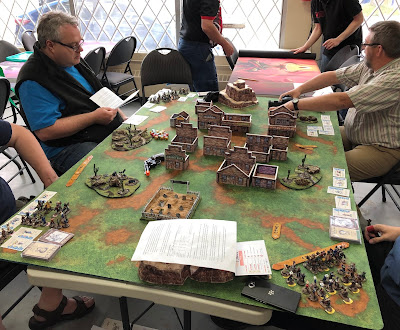 As we had a bit of overflow, Chen and I duked it out in Imperial Settlers. Damn, was Chen a hard opponent on his first time through the game! 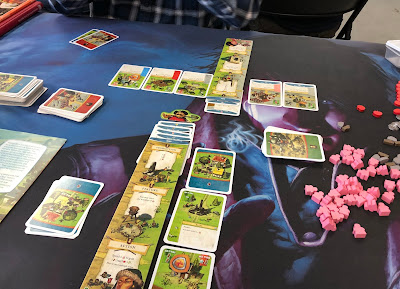 We ended up tied for victory points at the end it was decided based upon remaining resources! need to refresh myself on the rules over a couple of points before playing again. 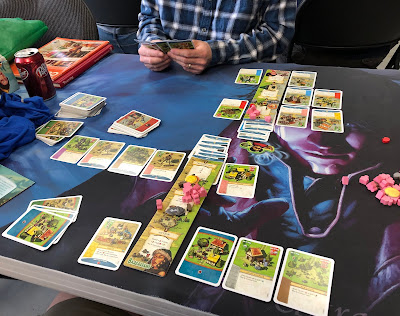 In the meantime, there was a fair bit of shooting and other silliness on main street I left before this was decided. Biggest lesson seemed to be that a secret ballot made for a more interesting game. 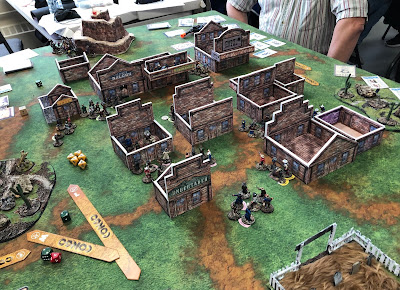 Some decals I ordered on eBay came in this week. The old time murals and posters were pretty good. 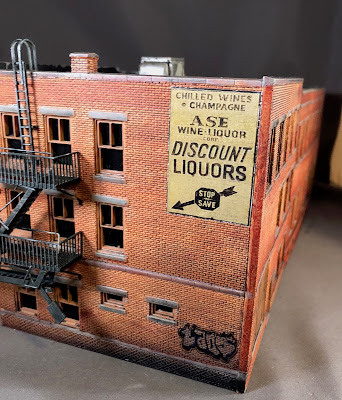 The graffiti was printed on clear film and it really needs some white paint in behind to pop. Lesson learned! 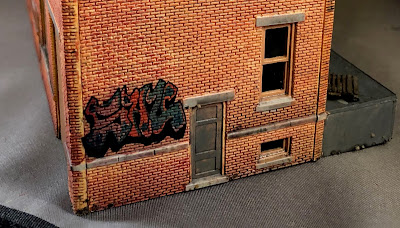 Evens some basic signage makes a big difference on these buildings, though. 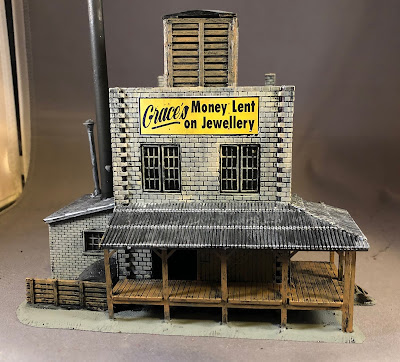 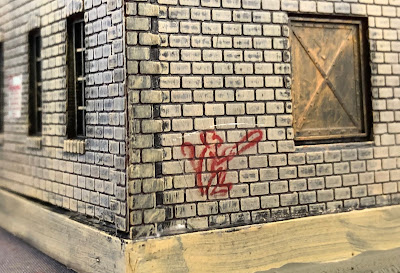 And this sign made me laugh (when I found my reading glasses!). 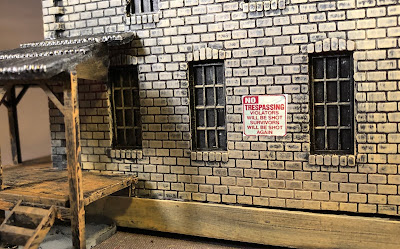 No gaming for me this week (school events intervened) but I did finish up some painting. I'm almost finished the fourth season of Gotham, so I'm back in a superhero frame of mind. 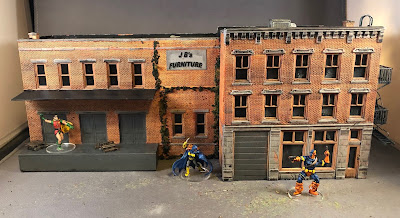 A few month back, I picked up a few more HO-scale railway buildings for my Gotham layout. One of the better ones was JDs Furniture. The building needed some additional painting and washing. 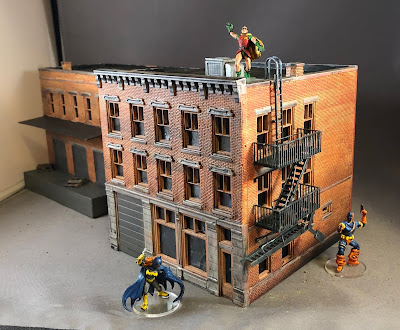 The most interesting part is the lovely (and brittle) fire escape down the side. I also painted a random factory of some kind. 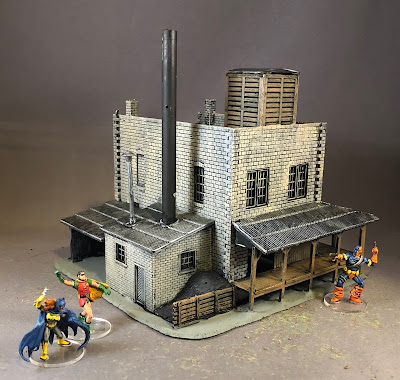 I finally ran out of decals so I broke down and ordered some online (along with some graffiti decals). I'll have to finish this building up when they come in. 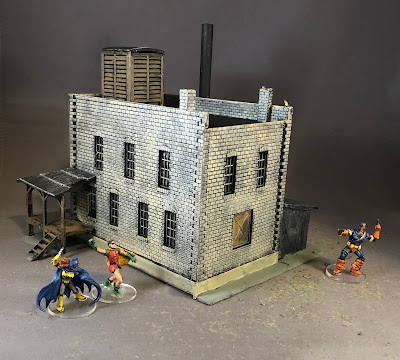 I also knocked off this oil tank, which will make a useful scenario objective and LOS block. 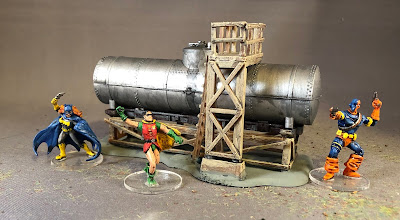 I've also been making progress on finishing off the British rebasing in my War of 1812 project. I hope to have these done by the end of the month--there was quick a lot of paint touch-ups to do.
at 6:11 PM 1 comment: