Last summer I squirreled away some odds and ends from a GW skaven set with the idea of creating a warband opponent for my superheroes. Sort of a sewer-rats group that could play the henchmen role for supervillains.

I finally painted and based these guys (another box emptied! yay!). First up is this posse of generic bad guys. I think skaven fit the sewer bill pretty well with scavenged clothes and home-made weapons. 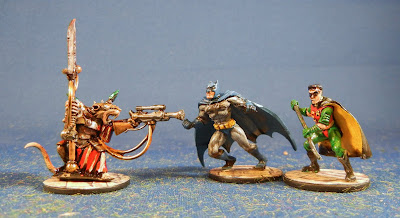 There is also a gun-toting skaven hero (not sure what he'd shoot--goo? disease?) that I've put with Bats and Robin to give you a sense of scale. And below we have a two-man team--perhaps they are out to poison Gotham's water supply? 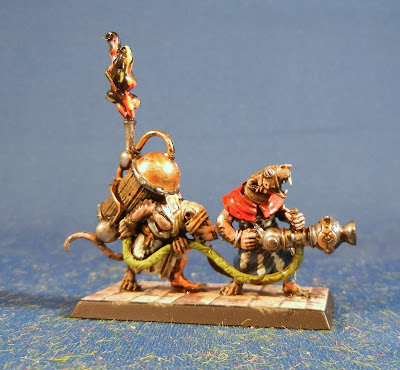 Finally we have a mutant (that I need to make a larger base for) rat. You'll note that Robin headed for the hills when this guy showed up at the photo shoot. After what happened to the last Robin, you kinda can't blame him. 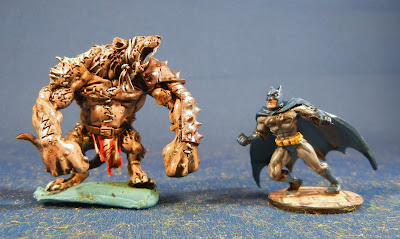 And while I did promise the end of the supers for awhile, I found and finished this Dr. Doom figure so threw him into the mix. 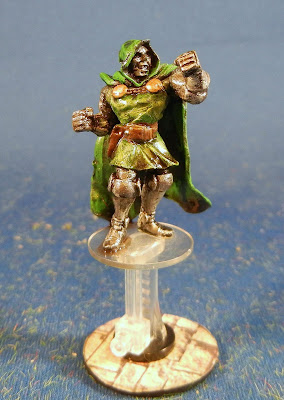 Up next: I have some 1/72 Egyptians underway--need to glue shields on and prime them. I'm also sorting boxes in the basement and may dig a 15mm Ancient Spanish DBA army that I picked up at the club.
at 6:59 AM

"Sewer rat may taste like pumpkin pie, but I wouldn't know because I don't eat the filthy muthafukkas...."