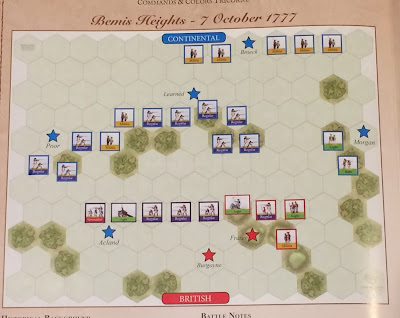 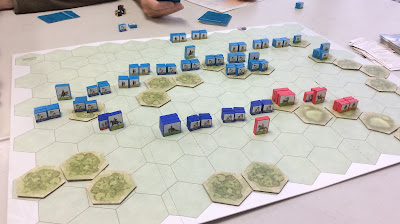 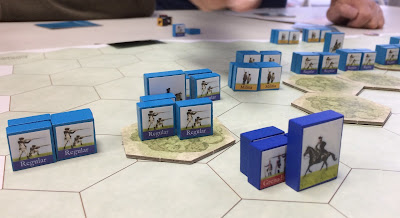 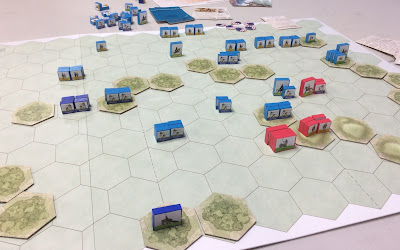 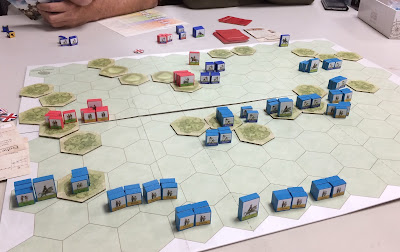 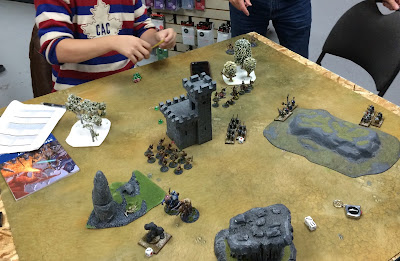 We had room for more games even though there were lots of other guys there. Thanks again to Red Claw for hosting our group.
at 5:00 AM No comments: 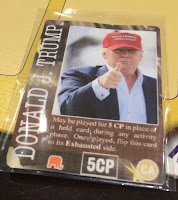 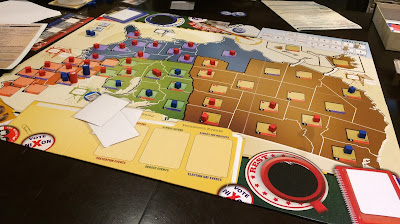 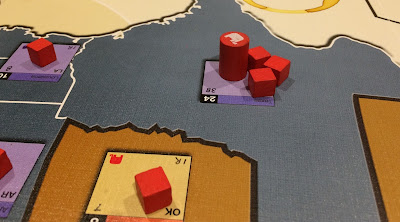 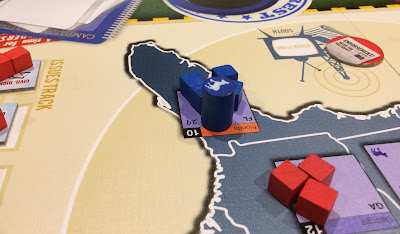 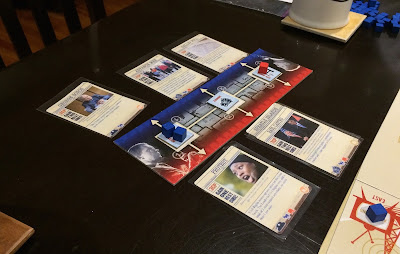 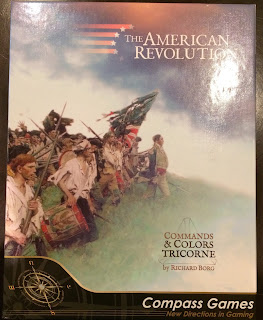 So, after more than a year of waiting, my copy of Commands and Colors Tricorne arrived last week! Great service by The Sentry Box. The box is pretty thick (maybe the thickest of the CCA boxes) and I was excited to open it.

There are also two types of cards: a shared command deck and separate battle cards. I think this mechanic is from the WW1 variant and adds some chrome to combat.

Combat is pretty straight forward but the new mechanics are rally rules. Basically, if you get pushed back, your unit must dice to avoid a rout. So avoiding flags through linear tactics seems important. Generals also appear to play a more important role in combat.

The rest of the components are nice. Good dice (no stickers!) are included. The may itself is 13x11 hexes (versus the usual 13x9). I will need to see what my hex mats look like downstairs to find one to work with the 54mm guys I have been painting. 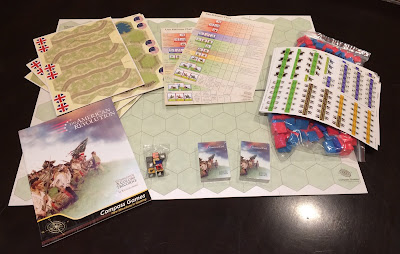 Speaking of figures, I finished off 12 54mm plastic troops that have been sitting on the paint table for months.

They are a bit same-same n their colour schemes but, when mixed in with other groups I have painted with different palettes, we should get a more "rabble" look overall. Only regret is the electric blue jacket below right.

I have more (sigh) of the rabble to paint. We'll see what I have to do to fill out some of the scenarios.

Bruce is coming over tonight to get in a game of Election 1960 but with a Trump-Clinton skin. I am looking forward to see what he has. I'd also like to get in a game of CCAWI in the next few days so I know what I'm doing at the club next time.
at 11:43 AM 3 comments: 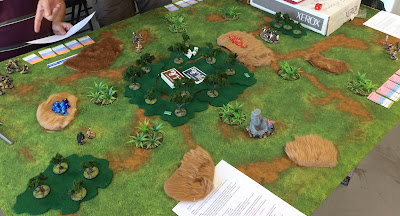 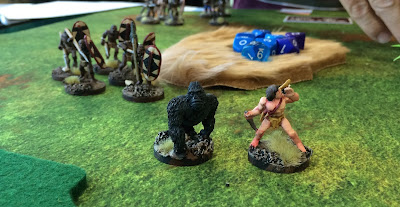 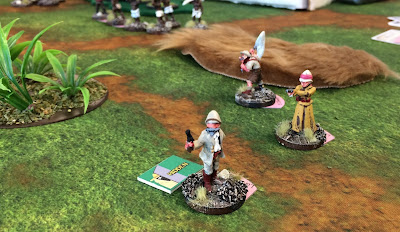 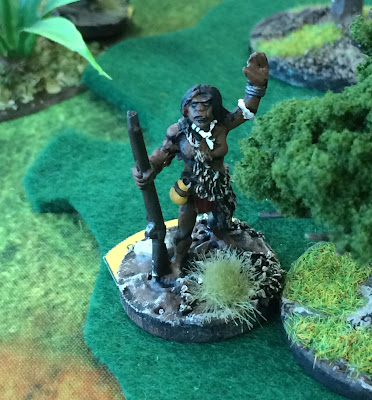 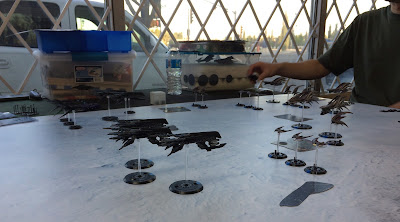 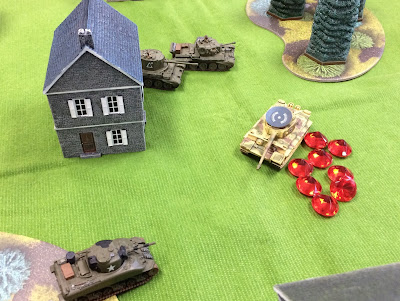 Up next: I have some 54mm AWI troops that I just need to finish the base on. I also have a bunch of old Star Wars figures I need to finish basing. And then maybe onto some Star Trek ships. I'm also looking forward to the arrival of Tricorne and Vikings.
at 5:49 AM 2 comments:

I'm slowly getting back into gaming and painting as summer wanes into autumn (sigh). I have some larger 54mm figures just about done as I await Tricorne's arrival in Canada. 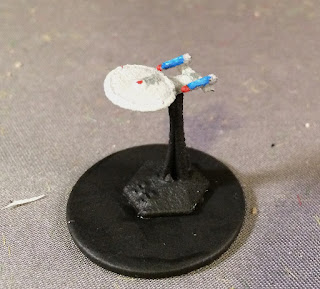 In the meantime, I picked up a bunch of 3-D printed ST:TNG or DS9 ships this summer. These guys are listed as 1/7000 scale but I would think they are much smaller than that. This Enterprise-D is about 1 centimetre long (the washer it is based on is 20mm) 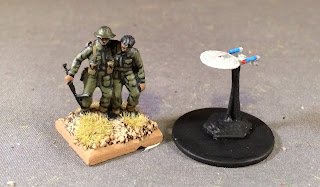 Above are some 20mm figures (painted by Tim in Saskatoon) for scale. Even getting a picture is a challenge--to say nothing is trying to figure out how to paint them! So far the Feds are getting a washer of grey, then some lighter grey to pick out plating details, and some some brighter colours on the nacelles. I see (below) that the white I used to navigation lights is too bright (maybe yellow?). 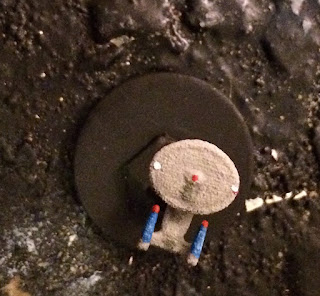 No rules set picked out yet. Maybe I'll try to write something where the operational unit is a squadron. This week is also our first club night at Red Claw (I'm pumped to actually game again!). And my copy of Vikings should be in the mail soon.
at 12:31 PM 4 comments: