We had 10 guys out to the last club night of the year despite the driving sleet storm and there were four games played. Scott and I played a game of CCA using the Telamon scenario. I won't reprise the four tries we had other than to say Scott inflicted a beat-down on my that would be more appropriate to the biblical era than 225BCE. Wow, what a thrashing. 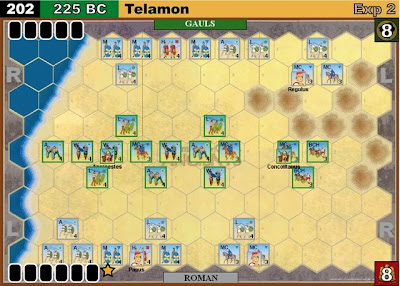 Kevin brought out a game of Conflict of Heroes. THe production quality of board games sure has improved over the past 20 years. 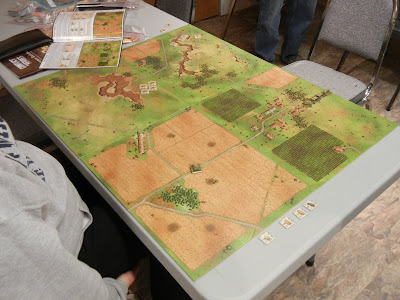 He also added some micro-armour vehicles to replace the counters which looked pretty slick. 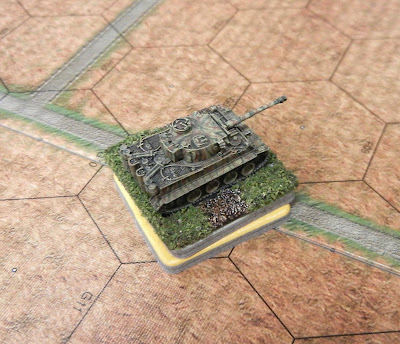 Dave hosted Chen, Guy and Chris in a game of Condottiere. Very pretty but no idea how things went. 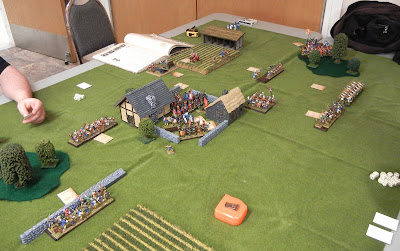 In the midst of things, Bruce and the guys presented me with a gift for my years of service to the club: a copy of Star Trek: Fleet Captains. Now a gold watch would have fetched a higher price on eBay last night, but I did alright given that the plastic wrap was still intact... :). Honestly, I was touched. And a bit overwhelmed by all of the components and a new set of rules to learn before the first club night of year. 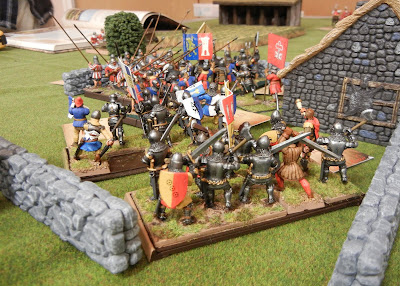 Bruce also brought out a game of Swashbuckler (I think that was the title--by Yaquinto from 1980) and some minis and played a couple of rounds of putting someone's eye out. 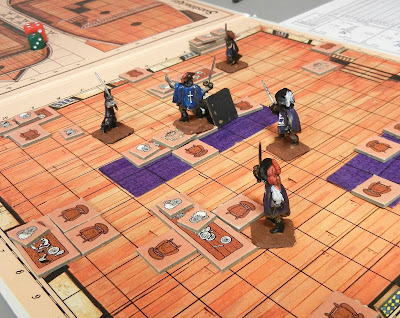 Up next: Some rivers for Battlelore/CCA are drying. Then onto some painting, including some NKE chariots and a Flames of War infantry company.
at 6:43 AM