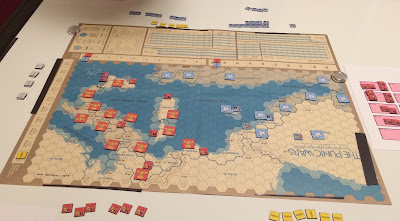 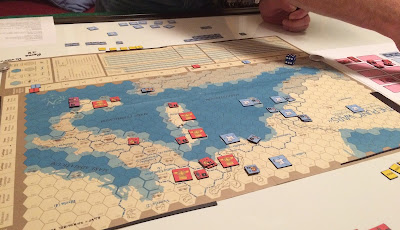 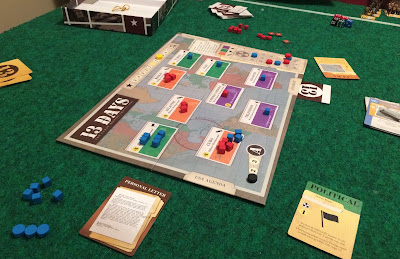 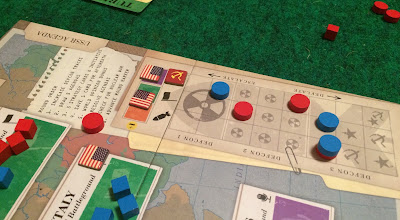 Good stuff! I'm working on some 54mm Hessians and am hopeful Bruce and I can continue with the Aurelian campaign next week.
at 6:00 AM 2 comments: 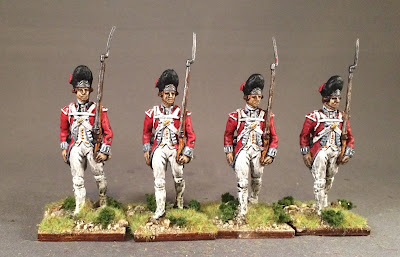 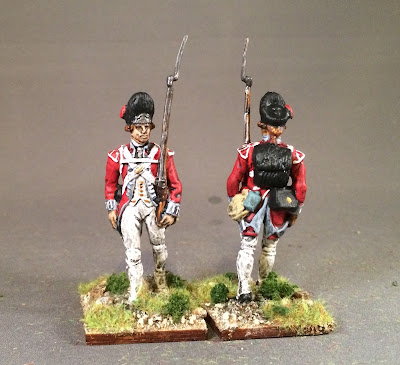 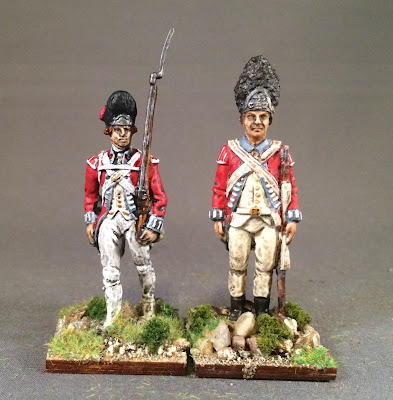 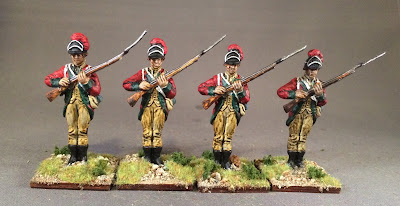 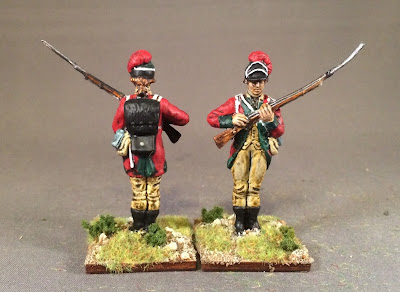 I missed the club last week but I did get some gaming in this week. Braving bad roads (mostly in the city!), I drove out to Bruce's and we played a battle in our Boudicca campaign. Similar to last time: Romans must control two objective markers (sheep) in 10 turns. 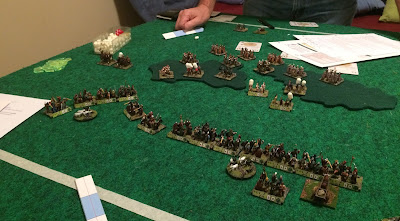 The choice for the Britons is set up mid board and hope to fight the Romans in bad going (where the Romans are penalized) or set up as far away as possible and hope to run the Romans out of cards or turns. I tried the bad-going option last time and narrowly lost. So this time I set up and waited. 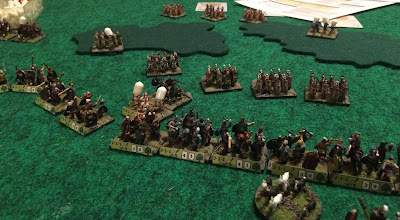 Bruce eventually got to me after five or six turns of movement and skirmishing. He had to burn some good cards to do it and also left about 1/3rd of his force behind. Eventually the lines came to blows. I took the worst of that (weaker units and some bad card play) but I managed to stall him. I then used my chariots to flank attack from the right to great success.

So I won this one. But it barely. Like two or three cards difference barely. That pushed us back to the board game Druid that we used as the campaign engine and we played out the last six turns. Things were fairly uneventful and, to my surprise, the Britons won.

I was really aggressive at the beginning and burned the crap out of SE Briton and I think that was the difference. But I was pretty surprised to have won because I thought Bruce clearly outplayed me on the game board and the miniatures table. 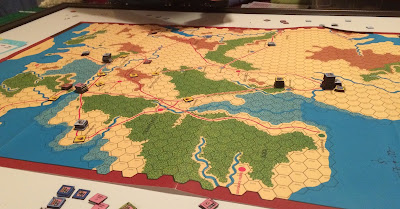 Our thought is to try a Punic Wars campaign next. I'm keen to try out a more complex set of armies (you got your phalanx in my elephants! and you got your elephants in my phalanx!). The board game mechanics also look a bit more contemporary (man, I hate stacks of counters).

I alo did a bit of painting. This week I finished four 1/32-scale A Call to Arms Maryland infantry to flesh out the continental units for Tricorne. Nice figures--I wish they did more AWI boxes. 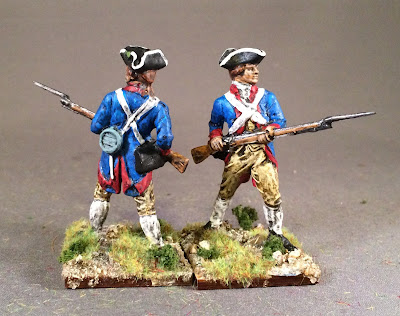 Here are a couple of snaps with All The King's Men, A Call to Arms, and Armies in Plastics, side-by-side. You can really see the difference in the sculpts. 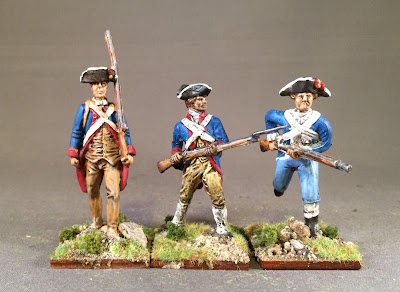 The left two are clearly wargaming miniatures while the right is clearly a toy soldier (pudgier, less detail). To be fair, I also painted them differently to emphasize the best points of each sculpt. 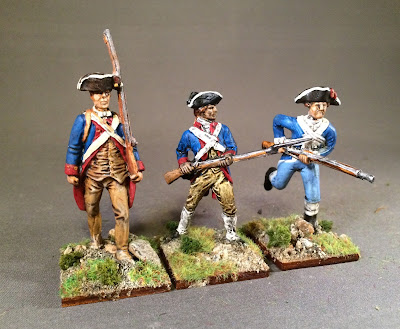 I received a shipment of A Call to Arms and Imex plastics to help round out the rebel forces. This will be a bit of a back seat as I finish of some British lights and grenadiers. I am also waiting on a shipment of Hessians.
at 6:00 AM No comments: 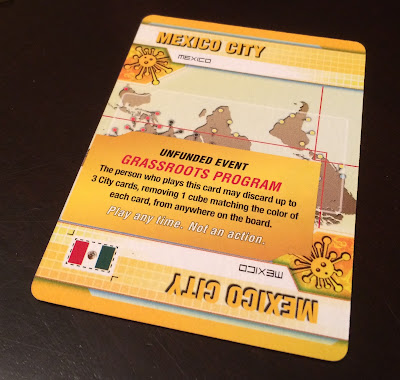 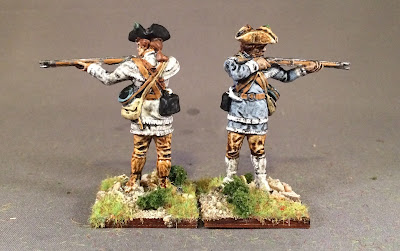 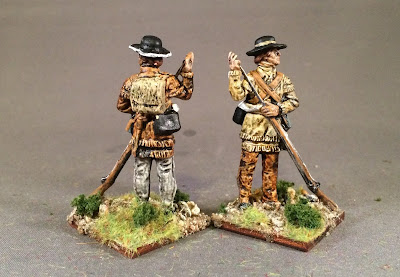 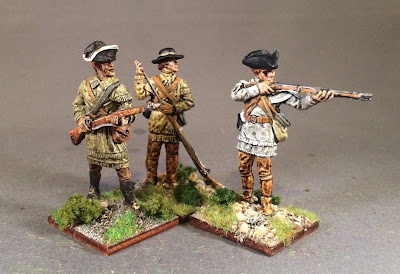 Up next: I hope to finish an Aurelian campaign with Bruce on Tuesday. I have some more American regulars ad some British grenadiers underway. And I have two orders out to (almost) finish up the figures I need for Tricorne (also need to place an order with ATKM but that requires more cash!).
at 10:14 AM No comments: 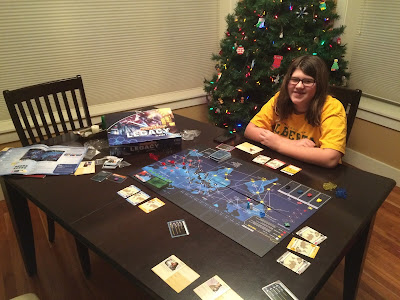 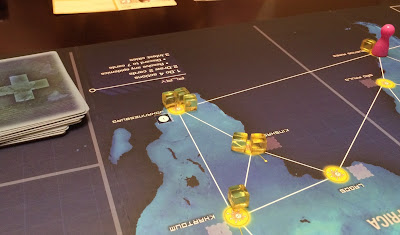 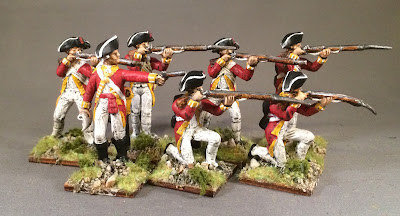 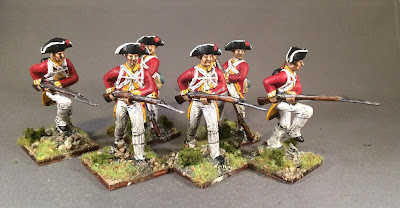 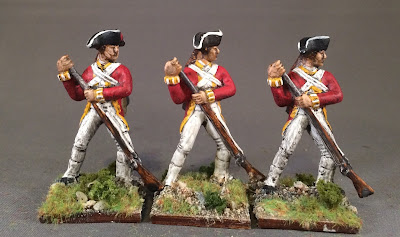