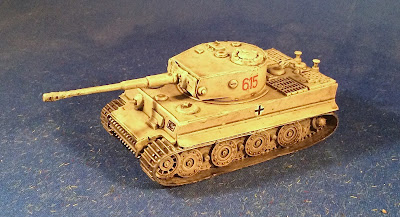 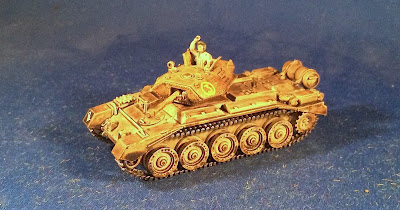 U next: I have two 1/72-scale ATGs (an 88 and a 6 pounder) that I will paint up for the desert. I also have eight 54mm AWI guys underway who have either just been shot or are joining some kind of apocryphal ragtime band.
at 5:00 AM No comments:

I sometimes get emailed questions from newcomers to the hobby looking for painting advice. What I have to offer is not museum quality painting, but rather quick paint techniques. A few months back I posted a tutorial on quick-painting tanks using washes over a white primer.

The other technique I use is quick-painting tanks using full-strength paints and layers over a black primmer. You can see that tutorial by clicking on the link.

I finished off a British artillery piece this week. This is old Esci kit from Terry's crawlspace. Not a bad kit--only a couple of fiddly things I did away with (complex support struts to put carriage on turn table). Love the fact that it has a crew.

I also feel like I'm getting a handle on the yellowing issue I was experiencing with my new camera.

These guys will likely serve with the British desert rats and as well as in Italy. Although last night they were time warped into France 1940 (which I suspect was chilly).

We had 11 guys out at the club last night including newcomer Ian. Dave brought out his recently competed 10mm ACW troops and hosted Phil and Guy in a game, the name of which I can't recall. 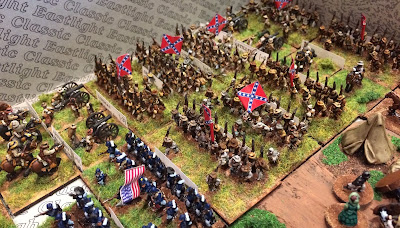 It certainly looked pretty. Scott and Jonathan played a game of the new Commands & Colours WW1 (which I did not get a picture of).

I offered a Memoir '40 game but there were no takers so I ended up playing in Terry's Zombicide campaign with Chen, Larry, Bruce and Slippery Ian. 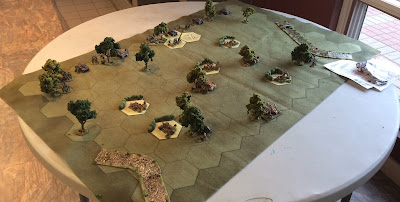 Things started out rough for the survivors (frigging zombie birds...).

Then they got rougher. I think we played the game reasonably well. Obtaining the scenario objectives (basically searching until the right three item cards are drawn) is tough and frustrating. The item deck is huge. The upside is that you get to shoot a lot of damned zombies.

And more zombies (I'm the guy on the right, below).

And more zombies I didn't count search actions but there were a lot and we only found one of the items before sheer zombie numbers forced us to abandon the objectives and just try to exit the board. 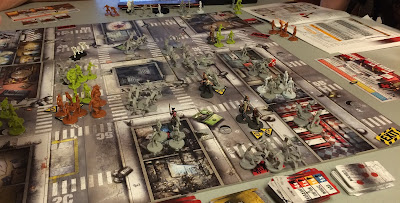 I was cleaning out my gaming room last week and ran across a box of 54mm AWI casualty figs I got when I bought some boxed sets. I painted up the first 6 (of 24!) as British regulars.

There are two basic poses: face up and face down.

I'm still struggling a bit with the camera in the light box. The green grass is a bit washed out here.

I also found a base of Zvezda 1/72-scale WW2 British mortars that I put together and painted for Memoir. These guys are a bit more washed out in the photo than in real life. 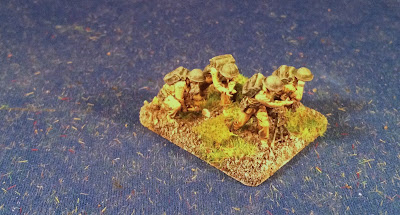 Up next: I built an ESCI 1/72-scale 25 pounder yesterday so I will turn to painting that along with some American casualties in 54mm.
at 5:00 AM 1 comment:

The heat wave drove me to the basement and I managed to finish off some more Matchbox kits.

The Stuart was a nice kit. The treads were just starting to degrade but I managed to make them work. Apologies for the yellowed photo--still fiddling with camera settings in the light box.

I also built the Humber armoured car. Both are decaled for the desert rats and posed above with some foot I finished awhile back.

Up next: I have a bunch of 54mm AWI casualties I discovered while cleaning out my hobby room. I have primed these and will get down to painting them this week.
at 5:00 AM 2 comments:

I finished off the last of the German infantry for Memoir '40. My camera seems to still be struggling with these guys. No problems snapping an AFV earlier this week. I wonder if it is the ambient lighting or perhaps some combination of the dullcoat and all of the curved surfaces is the cause?

Anyhow, three boxes of Zvezda German platoons I got on Amazon for $15. This should be enough with which to take on the French? 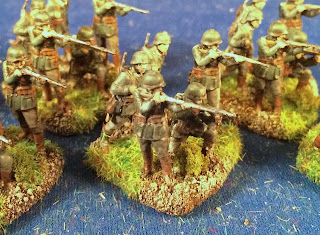 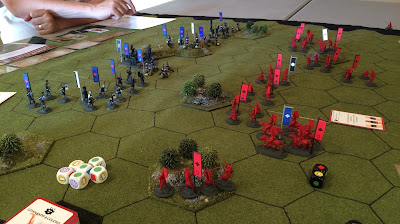 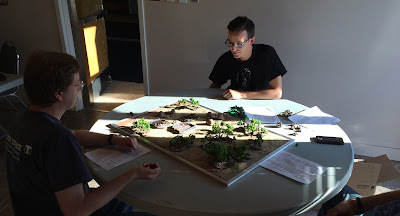 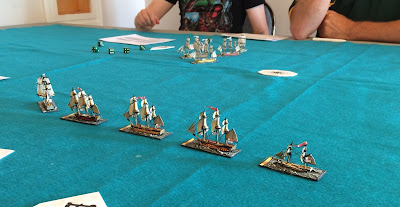 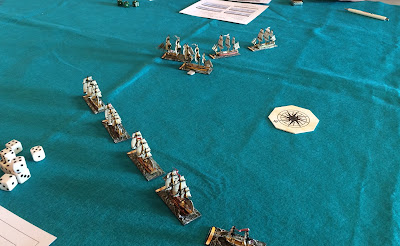 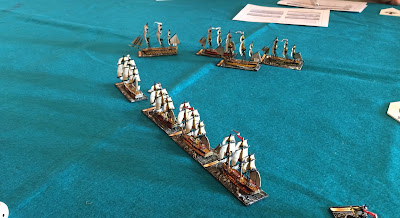 One of the kits I picked up from Terry this spring was an old 1/76 Matchbox Wespe. This was among the first kits I ever built and I was keen to try it again.

The grey tracks the kit came with had degraded over the years making them unusable and leaving an oily sheen over the model. The oil came off with some soap and I used some zipties to make replacements. Each tread is four pieces (two straight and two curved).

It is not a perfect remedy but not bad given my limited skills (and patience). I painted this one up for the desert and will add a crew in later on.

Up next: I have six bases of WW2 Germans by Zvezda that are drying and I hope to get a game in at the club this week.
at 5:00 AM 3 comments: 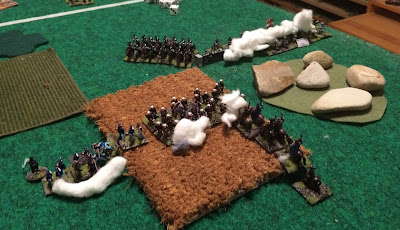 Up next: Longstreet will go on a short summer hiatus. I have been doing some painting in the basement and the club is Tuesday night. I may also try to interest Jessica in a game at some point. I also keep thinking I should spend some time building and priming some models for winter painting while the weather is nice enough for easy spray painting.
at 8:43 AM No comments: