Last of the Egyptian foot

These are the last of the foot for Craig's 1/72 New Kingdom Egyptian basic impetus army. These are Caesar figures.

Overall, lovely figures to work with. I have the chariots built and primered and will tackle them this coming weekend. 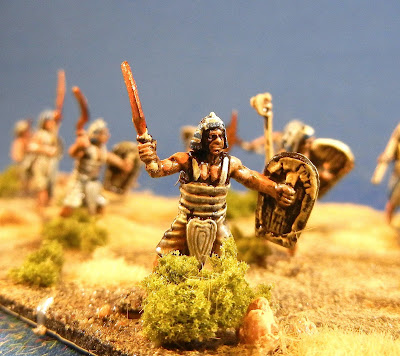 So far the chariots have been the least frustrating chariots I've out together in any scale, just narrowly edging out the lovely Wargames Factory Celtic chariots in 28mm. 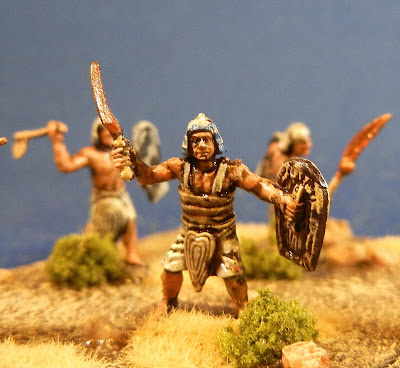 Up next: I spent the weekend building a river system for varoius Richard Borg boardgames that I play using miniatures. I just need to drybrush and flock the bases a bit. I also have six 28mm cavalry underway and then onto the NKE Egyptian chariots.

I also have a couple of commissions en route and the club's last game of the year is this weekend. Any, most exciting, two expansions for Battlelore arrived in the mail today. I hope to get a game of Epic Battlelore in with Craig over the holidays to playtest my MayDay game.
at 6:56 AM

love the bronze effect you´ve made there.
Cheers
paul

Thanks. I wasn't too sure what "new" bronze would look like so I used cooper over black and then washed with brown and black. Maybe too bright and reddish--but on the table it looks fine.