After a brief hiatus, I got back to work this week and finished off two British horse artillery cannons and crew from Foundry. 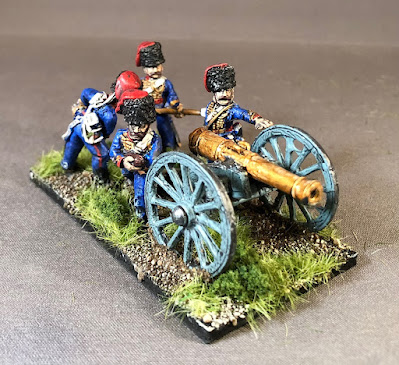 After some dithering about what to do with the basing, I chose 40mm frontages and put as many of each crew as I could on the base. The remainder, I based separately.

Overall, a nice enough piece. The endless lace and braid was tiresome. Looking forward to some more basic troops next!

Up next: Some British command and then some Trek.

I've been putting together ST:TNG, ST:DS9 and ST:VGR crews but lacked an adequate number of cannon fodder figures.

For Christmas, I got these 7 generic Star Trek Strikeforce figures (circa 1997). They got some touchups, details, and a wash. I think they fit in well enough with my current troops, including a Doc Zimmerman (monopoly), Worf (Last Unicorn), and Data (monopoly).

Up next: Probably some more Crimean troops.

I finally made some progress on these 28mm Crimean troops by Foundry. These are a Royal Horse Artillery limber. I'm not sure why this took me so long: probably a mixture of the complexity (lots of pieces), uniform details (KILL ME!), and lack of painting guides. 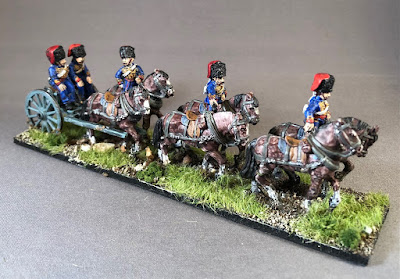 Anyhow, here is the limber. I did not rig up the tack with thread. It was just too daunting of a task and I simply need to move on. 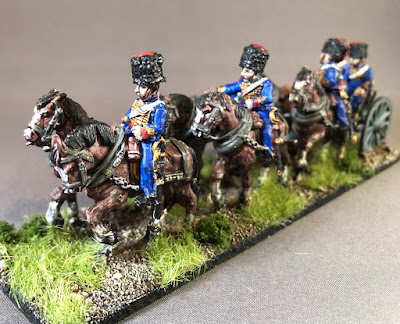 Lovely enough figures. The blue might be a touch too blue (looks darker in normal light). 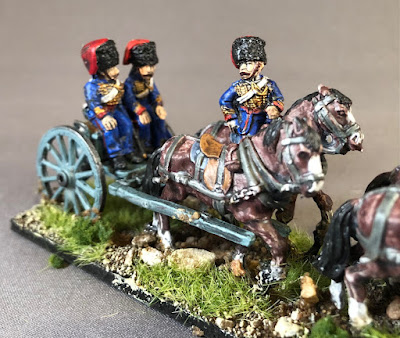 I also have two cannon painted. Just cranking out the cannon crew and then thinking about whether to base with the crew or do the crew separately and leave the cannon unbased. Probably with, I think?

Up next: Some STTNG cannon fodder.
at 5:00 AM No comments: