A few more superheroes and villains

I finished a few more 28mm superheroes today and based them for Power Legions. I ended up with a bunch of duplicates so some of these you will have seen repainted before. 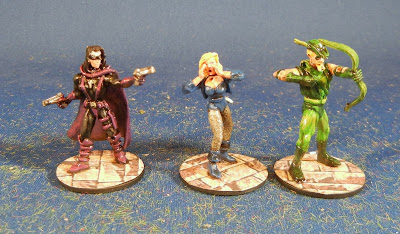 The first bunch includes the Huntress, Black Canary and Green Arrow. Not sure why the pictures is so soft? 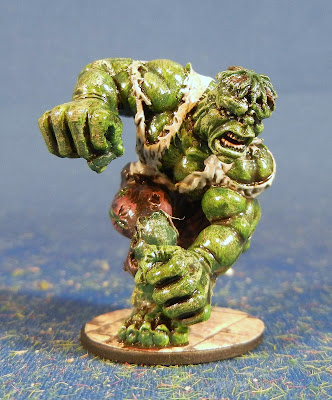 Then we have the Hulk. Not really the same universe but he got mixed in with the DC figures so I knocked him off while I had green on the palette. 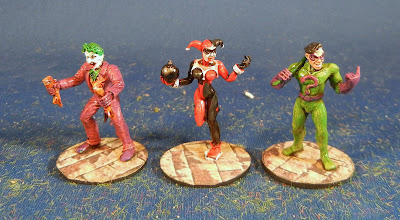 Then some villains for the streets of Gotham: The Joker (with fish guns), Harlequin and the Riddler 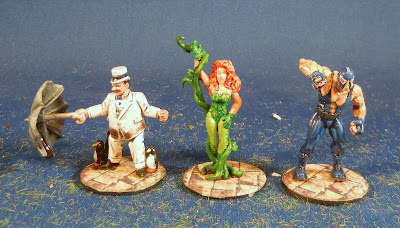 Then the Penguin, Poison Ivy and Bane. I'm not thrilled with how the wash pooled on the Penguin's coat (us fat guys can never get a break with the way clothes look) so I will go back and fix him. And finally Catwoman, Man-Bat and the Mad Hatter. 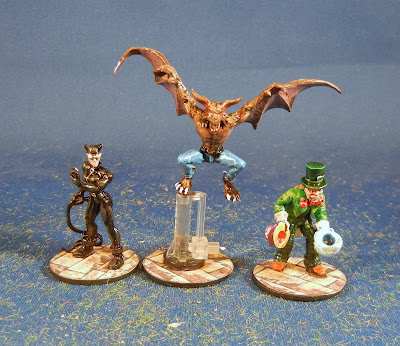 Up next: A few more JLA re-paints and then a bunch of Skaven to create a group of minions who arise from the sewers.
at 7:59 AM