A few more zombies from the Prison Break box for zombicide.

These are the toxic zombies, so needed a green paint job to distinguish them from regular zeds. I did half as prisoners and half as guards.

I finished painting the figures from the Star Wars Monopoly set.

The Jedi figures were not quite as cool as the Sith figures, but were nice enough. 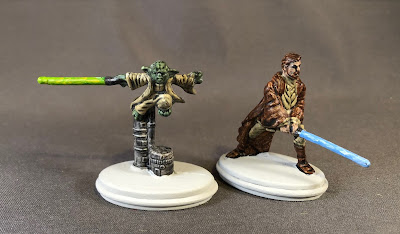 From the prequel, we have Yoda and young Obi-wan. Yoda is the best of the figures, with crazy good animation. 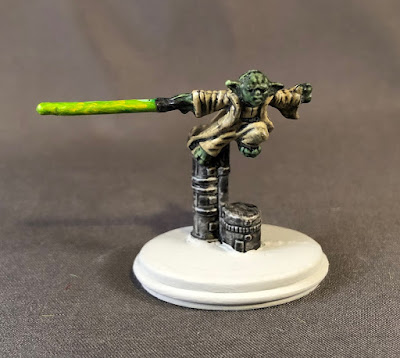 The downside of these cast metal figures is that there is no way to easily get rid of mold lines (above: Yoda's head and right side of base). Meh. 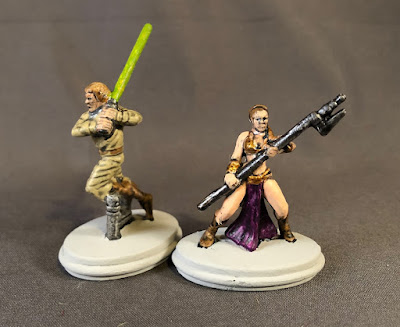 Up next: Zeds (probably toxic zombies and then some prison guards). I'v also ordered from Clone Wars Monopoly figures to see what they are like.

Back to the Zombicide prisoner expansion and the second half of the prisoner batch. 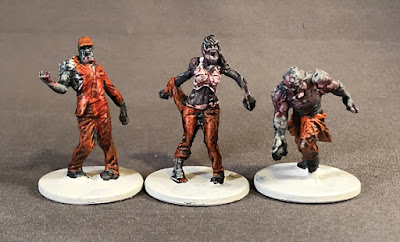 I used some paint to add some clothing to the female Zombies. No idea why sculptors can't imagine that female Zeds could keep their shirts on during the apocalypse.

This batch seems a bit more gory than the last batch. Perhaps the brush was loaded with more blood when I flicked it? 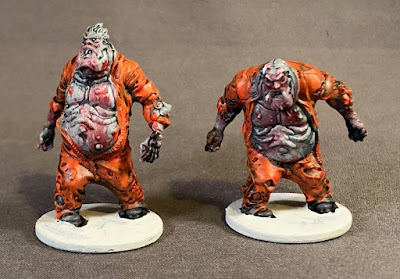 Back to the Star Wars figures next week. Then some toxic zombies.
at 5:00 AM No comments: 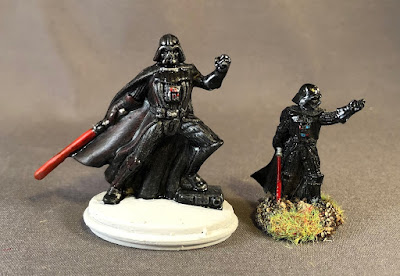 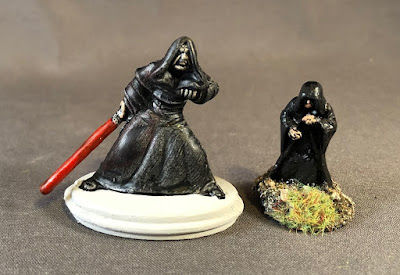 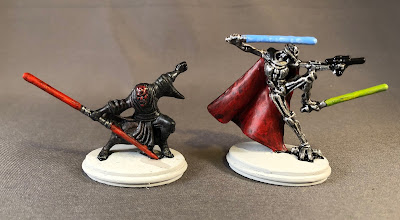 For a change of pace, I opened up the Zombicide prison expansion I bought years ago and hauled out some Zeds. The box has the usual assortment and regulars, runners, fatties and toxic zombies. 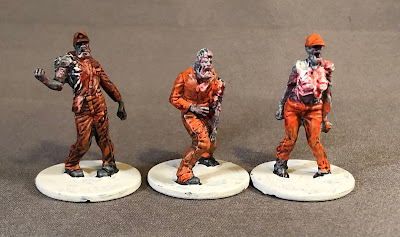 I broke the regulars into two groups (cops and robbers) to mix up the batch and then started with the prisoners. These 8 are the first half of that lot. 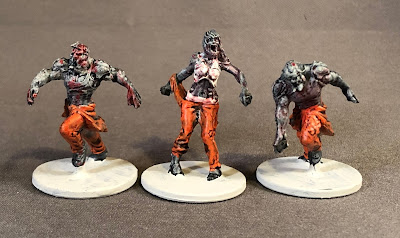 My plan was to see how little I could do and still get a passable result. So spray prime grey, drybrush lighter grey, block paint orange (and a bit of white), wash, splatter with blood, and seal. For literally the most half-assed painting you can imagine, they turned out pretty good! 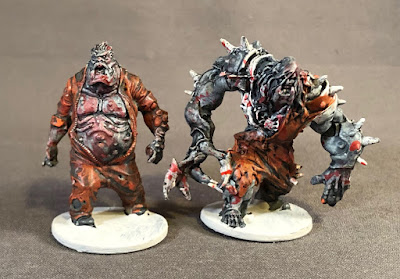 I have a second batch of prisoners underway. But before them, I'm going to paint some Star Wars monopoly tokens I bought. Then the Zeds. Then maybe some toxic Zeds?

Since summer has arrived and the garden, my kayak and my bike all call, I'm going to slow the rate of posts to once per week until the autumn.
at 8:36 AM No comments: