We had 15 guys out last night for our first evening at the new venue and autumn auction. The new digs are very nice. 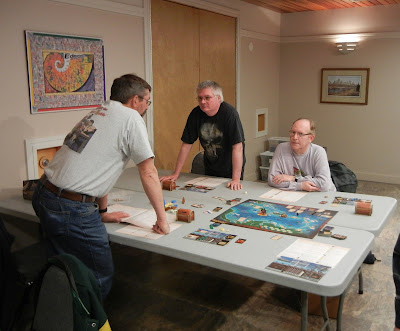 Terry hosted Chris and Dennis is a game of Merchants and Marauders. I was looking forward to playing in this bit ended up running a game of Pandemic instead. 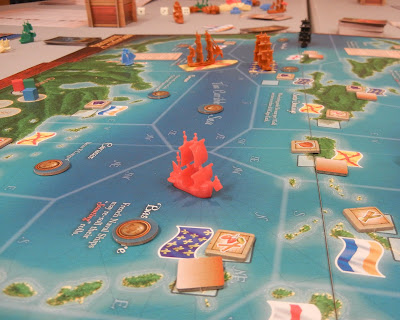 Guy, Craig, Justin, Bruce and I managed three games between us, each time loosing the world to one contagion or another. Glad I chose labour relations and not public health as a career! 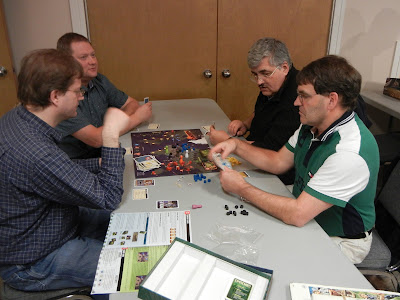 Dave, Chen, Scott and Kevin ran a four-player game of Saga. No idea what happened there. 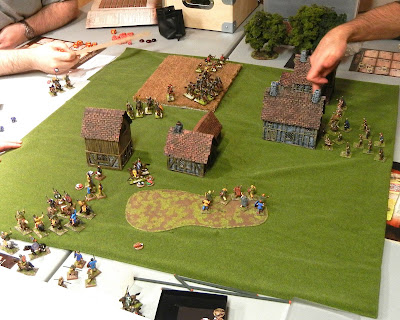 We also held out annual auction, with Mike (MIKE!) and Alan-and-son dropping in to see what was what. We raised $390 (plus whatever dues were) so we are solvent into the future. I will post a treasurer's update when I get time to count the dough. Thanks to everyone who donated items as well as those who bought them. 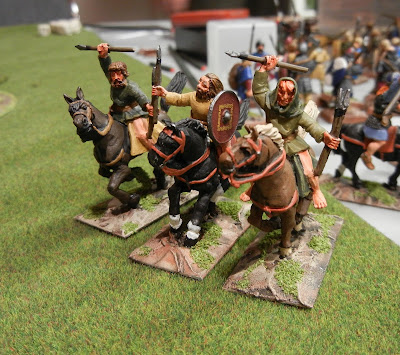 Up next: Some 28mm skaven for the sewers of Gotham are drying on their bases and I will be prepping a bunch of 1/72 New Kingdom Egyptians.
at 7:30 AM