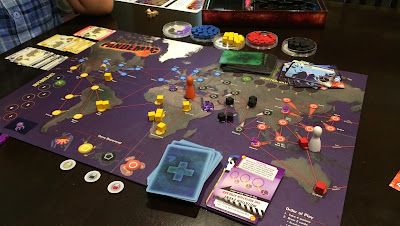 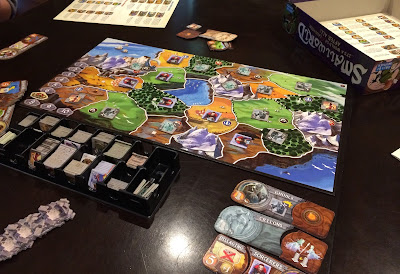 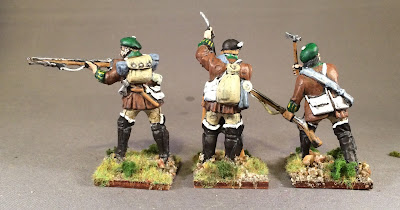 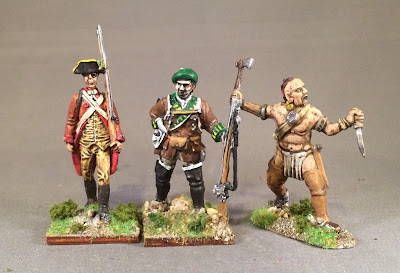 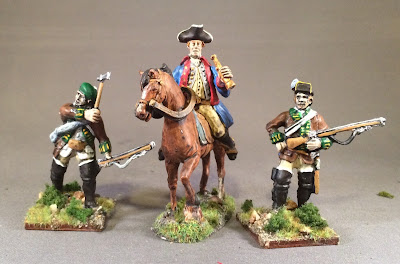 Up next: I have another eight of these guys that I will paint up as militia. Right now I'm working on a unit of a dozen line troops (another set of Armies in Plastic figures). These next figures are more in scale with the ATKM figures. I'm painting them up for the rebels. Then onto the mounted troops (all with tricornes?). Kind of weird but maybe designed to represent officers, moreso that cavalry.
at 11:46 AM 8 comments:

We had a great turn out for our first club night of the autumn with (I think) 16 guys playing at one point. Dave hosted a WW2 Crete game that began with a flaming British plane. Reports were sketchy but the German paratroops spent some time looking for their weapons pods... . 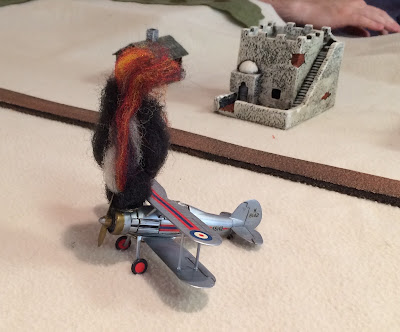 I managed to snap a reasonable panorama shot as everyone was setting up. 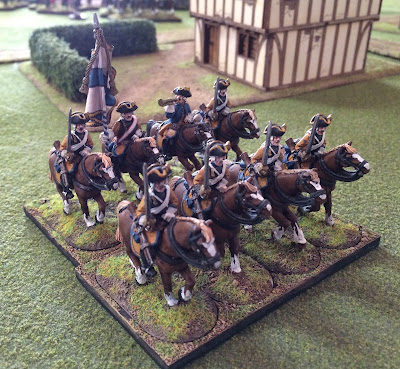 It was a straight forward encounter to break point with pretty similar forces. 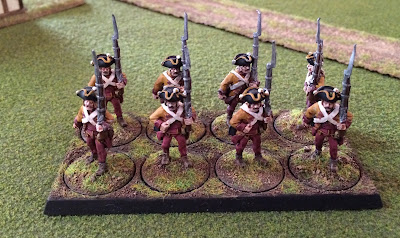 Here I am with everyone in order and looking good. 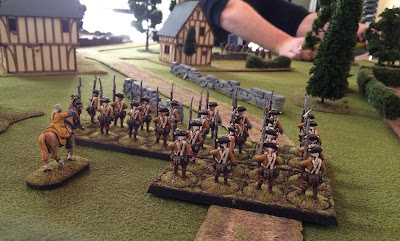 Things are more complex here with my cavalry charging towards the top of the frame, trying to get around his main body of infantry on the right while avoiding his cavalry and skirmishers. In the meantime, I'm working my skirmishers around on the right (you can just see the smoke from their volley). 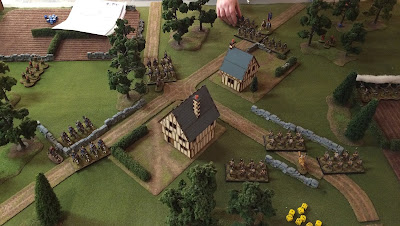 And then this happened. It was close for awhile after that but eventually my cavalry disintegrated (really being more dragoons than cavalry). A very fun and pretty game.

There was also some CC (Zama, I think). 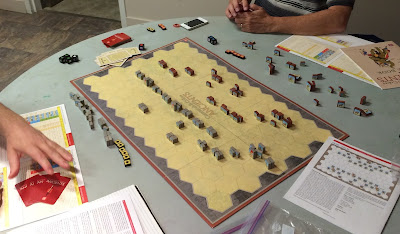 Dennis and Chen were getting some DBA practice in in anticipation of the Fallcon tourney. 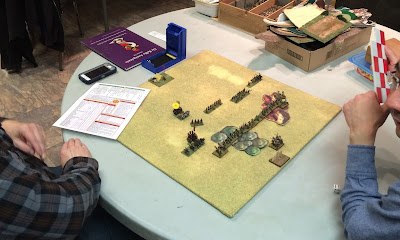 And Kevin ran another well attended and very beautiful game of Silver Tower. 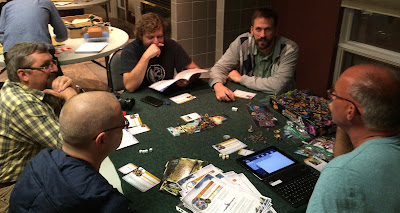 Up next: Hard to see; my time is pretty tight these days.
at 2:26 PM No comments: