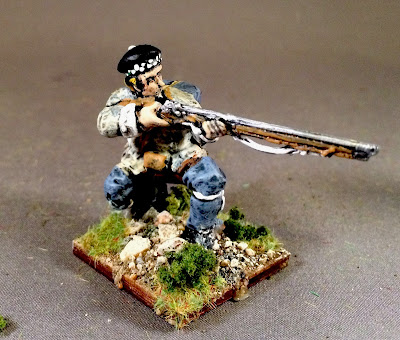 Up next: I'm turning my mind to the British with eight foot figures underway and then six mounted.
at 6:15 AM 2 comments: 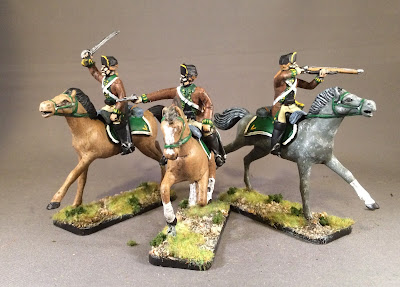 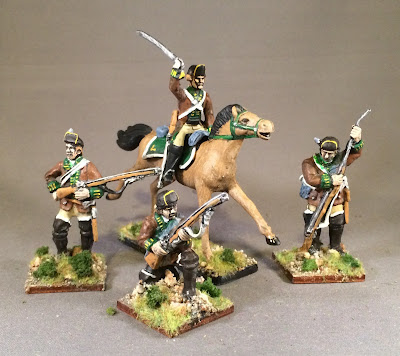 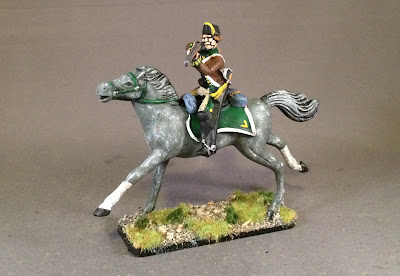 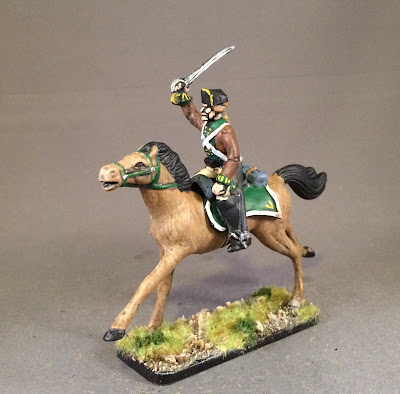 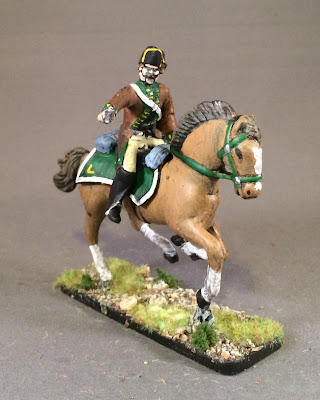 Up next: I can't make the club this week but I will finish another eight-man unit of frontier militia for the Rebel side. This is another paint job conversion of the FIW set I bought.
at 12:16 PM 4 comments:

We had seven guys out to our first club night of October. Terry brought out Pandemic: Reign of Cthulhu which was a fun adaptation of Pandemic. We managed to beat the Old Ones one time out of two. 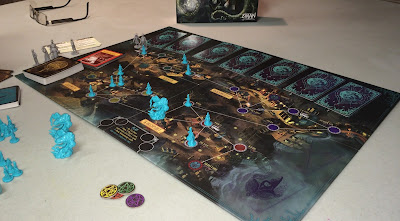 Dave also hosted Dennis, Chris, Jonathan and Chen in a game of Kings of War. This was still going on when I left. We heard the sad news that Larry Jeselon had passed away. 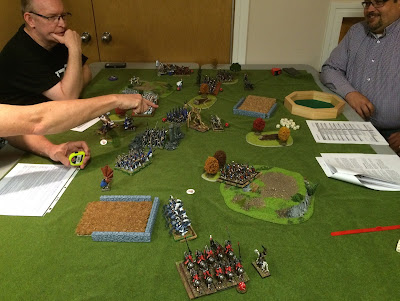 I've been painting again. I picked up a box of 1/32-scale Armies in Plastic "Any Regiment of the AWI troops. There were 20 figures in the box. I used 13 to make rebel unit, with the uniform loosely based on the 5th Pennsylvania.

The only changes I made were to nip off a bayonets. The rest of the figures I reserved for a possible British unit. Like most plastic boxes, there were a variety of poses (meh) so I broke them into a back line (above) and a shooting line (below).

The figures were nice enough. Not as much detail as metals (hence the simpler uniform I chose). I primed white, painted, sealed, washed, sealed again and based. There is more contrast in the whites (showing off what detailed there was) than shows up in these pictures.

Below you can see a comparison with an All The King's Men metal figure (left) and an AiP FIW figure (right). 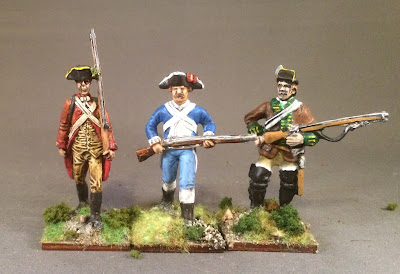 Up next: I have three horsemen on the go to flesh out the rebel dragoons I painted last time.  I have cut down their tricornes to softcaps. I also have more of the AiP FIW wars fellows that I'm painting up as western frontier rebel militia.
at 9:07 AM 2 comments: