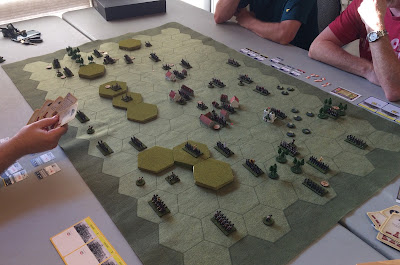 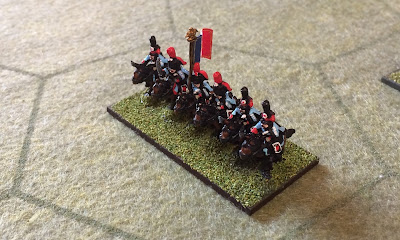 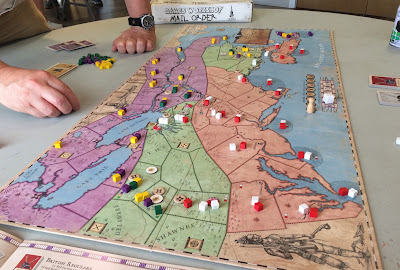 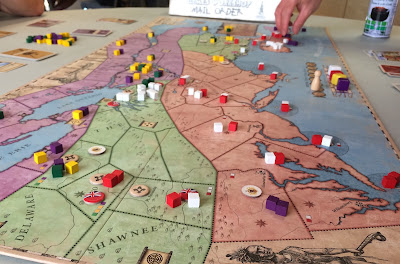 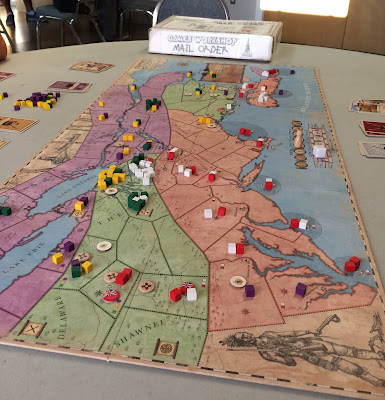 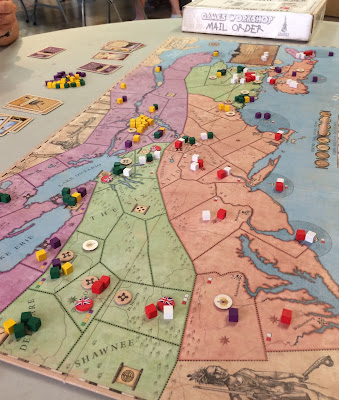 Bruce and I had a second go at Decision in North America last week. We quite enjoyed our first go so decided to try again with some more advance rules (including the accursed forts) and better strategies (or, in my case, any strategy at all0. 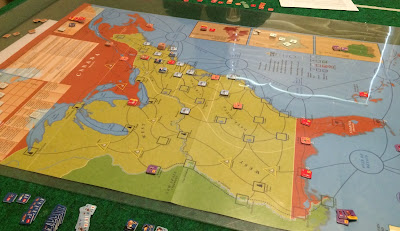 The opening moves were a bit more cautious this time but eventually we came to blows in New York.

Here, a bad run of luck meant the rebels got crushed and had to beat a retreat. This probably put a military victory out of reach (in retrospect) and allowed Bruce time to build a damned fort in New York that would prove costly despite the the dice turning around for me. 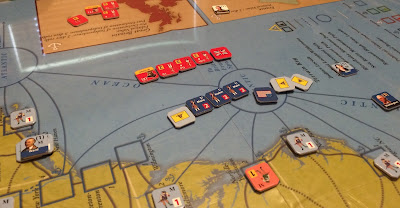 Bruce then romped around some while I tried to evade battle while rebuilding my forces. I had no luck moving the revolution forward politically although I eventually won the French and the Spanish to my side. The lack of progress politically (which came down to bad luck at rolling) put a political victory out of reach for me. 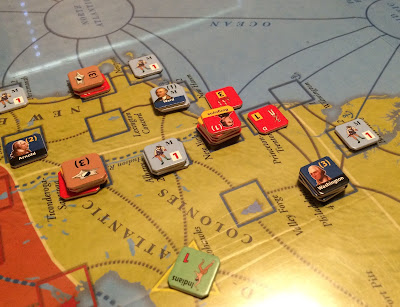 Eventually we had another tussle in New York that I barely won due to the fortification Bruce built. The result was a retreat towards Boston for the British. 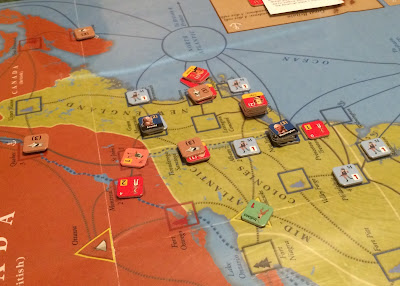 A sharp campaign through New England meant I managed to push the British out and retake Boston. The French also landed and nabbed Quebec city. But, alas, I could win neither politically nor militarily and the British took a marginal (or tactical? can't recall the term) win. 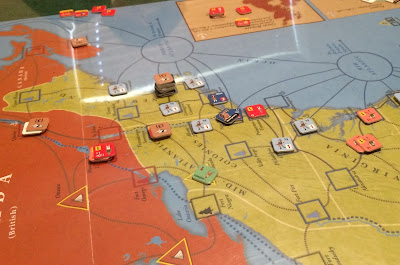 Up next: I have some figures awaiting paint that I hope to get to this week. We also have club night on Tuesday with Bruce bringing out a Darkest Africa game of Pulp Alley.
at 10:27 AM No comments: