Two related projects today, both space stations. First up was a Christmas gift from Bruce. An enormous resin space station on an asteroid and two smaller gun pods. I have put some 1/7000ish Trek Ships in for scale (ship bases are one-inch across if that helps). Bruce did the painting. 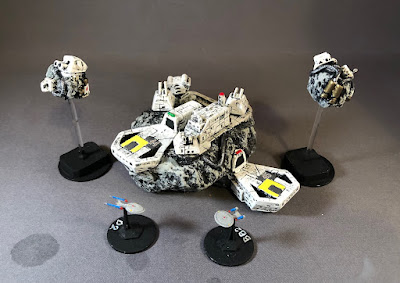 I also found some old Star trek Monopoly hotels (Jupiter station). These were designed to lay flat on the monopoly board but I took two, did some minor cutting, and wed them to create full models (you can see the seam on the right-hand one). 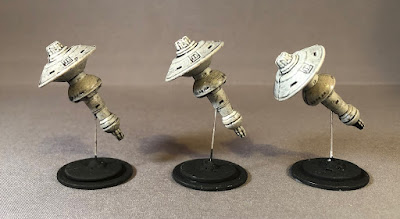 For tokens I was going to toss, they turned out nicely. Here they are with some 1/7000 STTNG ships. They are a bit small for 1/7000 (Jupiter station is huge). but close enough. 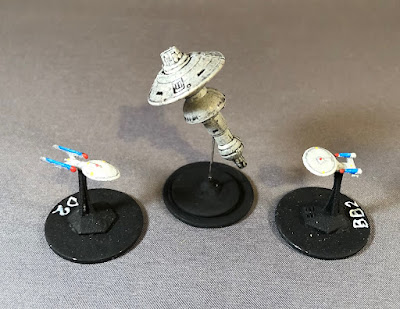 And here is one with two 3-D printed space stations I bought two years ago. 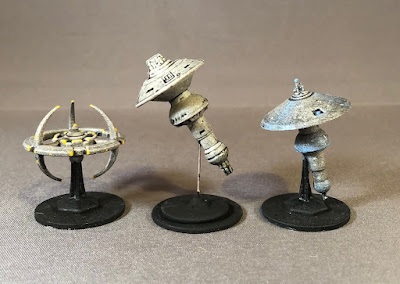 Overall, a nice addition. Up next: Probably Crimean cannon.
at 5:00 AM No comments:

For Christmas, I received a couple of sets of older (1997?) Star Trek Strikeforce figures. There are toys that are somewhere between 25mm and 28mm with the thinner proportions of 1/72.

I did a quick paint job and these look so much better in person (these photos are garbage, sorry; might be the lighting and the surface shine). 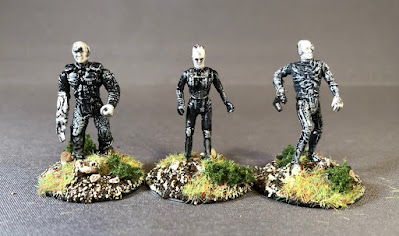 Overall, a nice set and one of only two Borg sets I've found (the other being huge 32mm figures). These match the other Star Trek that I have collected (a Lost Unicorn Worf and Monopoly Seven of Nine are below for comparison).

Up next: I'm grinding out some 28 Crimea figures (should not have started with the Guards!) plus some 1/7000 spaceships.

A few years back, I painted up Star Wars: Imperial Assault and most of the expansions for a fellow. He recently got a hold of the last expansion so I said I'd finish it off so everything matched. 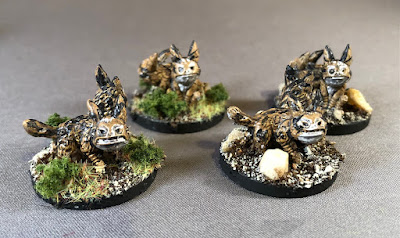 This was a pretty diverse set. There were 8 loth cats (whatever that is) from the extended universe. Fun models, two to a base. There were also four death troopers which posed some painting challenges since they are all black.

There were also two characters: some kind of droid lady and a clone trooper maybe? 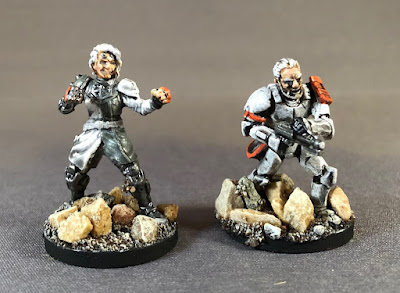 All were painted to match their character cards and were a fun diversion from endless gold lace on Crimean War uniforms.

Some more 28mm Crimean troops from Foundry. This week we have some lancers (9 troopers and 2 leaders). 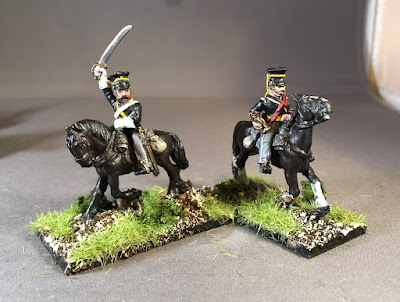 Nice figures that arrived painted. I rebased them to 25x50mm bases, added a wash, and the pennants. 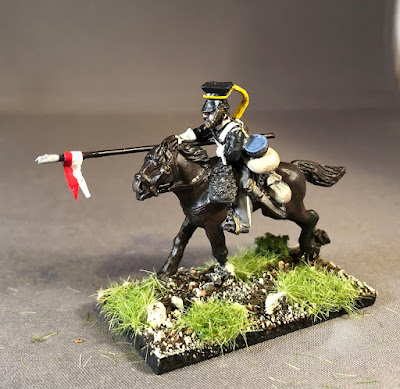 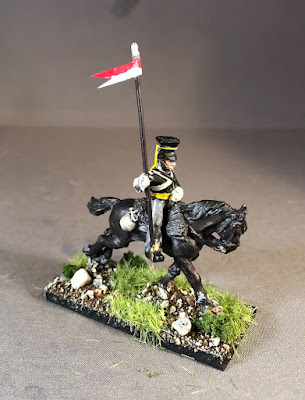 Overall, a creditable little force and the last of the painted, except for some mounted command in bearskins. 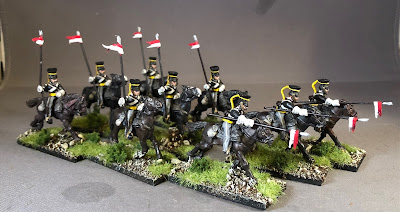 Up next: Some Star Wars Imperial Assault figures and then maybe some Crimea artillery.

This summer, my fifth grade teacher came to town. He introduced me to gaming and is now thinning his collection. Among the boxes I got was a huge bunch of Foundry Crimean War figures.

Most of the figures are unpainted. These guards were painted. I touched up the paint, washed, and the based them. They turned out really well, I think.

The basic paint job was super neat so took a wash well. The flock is some new Woodlands scenic stuff that I'm trying out (mixing two colours). 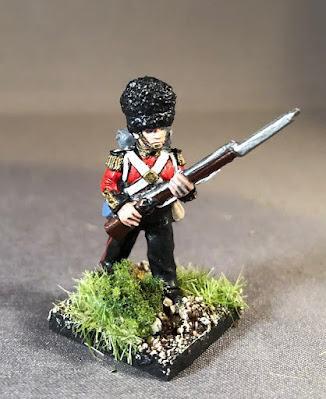 There was also a three-man command unit. I don't see a flag in the box, but that should be easy enough to remedy. 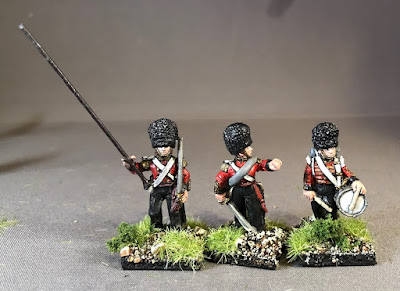 Next up are some British lancers and then some Royal Horse Artillery.
at 5:00 AM 1 comment: