Remainder of the Macedonians

I completed the remainder of the 1/72 Macedonians DBA army I was working on this weekend. Painting over a white primer means the army is brighter overall, but it took a lot longer to finish up all of the painting.

First up are three bases of pike, from Zvezda. 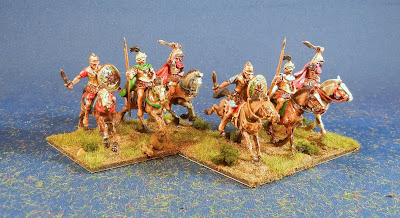 I also did two bases of cavalry. I was fairly happy with these guys and they had quite a bit of detail. 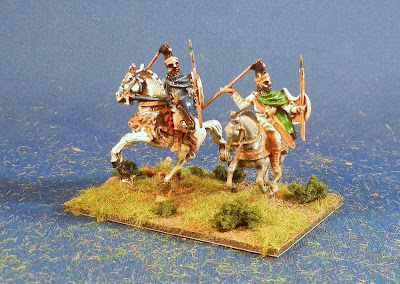 There is one base of light horse. I'm not sure of the manufacturer. Maybe Revell or Italeri? And there is an elephant below.

I believe I have enough pieces here to morph this into three armies (Alexandrian Macedonian, Imperial Macedonian and all of the Successor armies). This army will go up for sale later this week with all of the proceeds going to help out wth some repairs at the venue for our club. 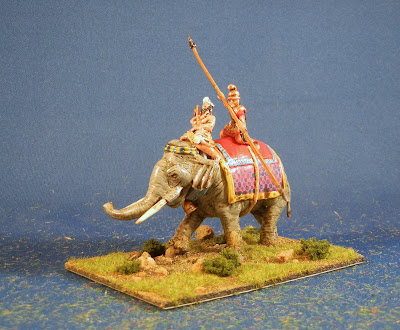 Up next: I built the remainder of my 1/72 WW1 British HiTT army last night and will prime them today. I also rebased a bunch of 28mm superheroes last night. I'm expecting a large 10mm AWI commission to arrive shortly.
at 7:25 AM