We had 10 guys out at the club last night with four games running. I also took receipt of a good few boxes of auction items, with some fascinating odds and ends in them. 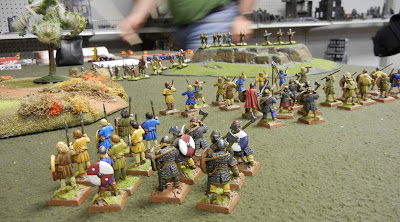 Dave the Younger and Scott played a game of Saga, with the Normans folding up at the end. "For those about to die...". 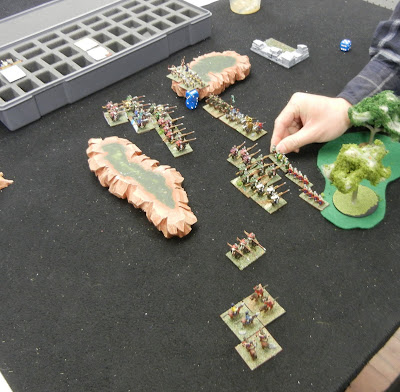 Dave the Elder and Chen played some pick-up DBA. No idea who won here. 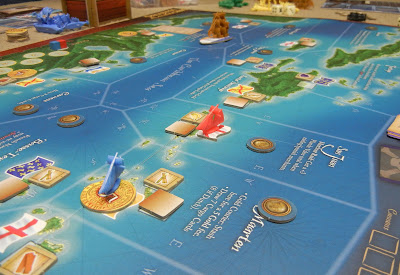 Terry hosted bruce is a game of Merchants and Marauders. I'd like to give this one a try so perhaps Terry will bring it back. 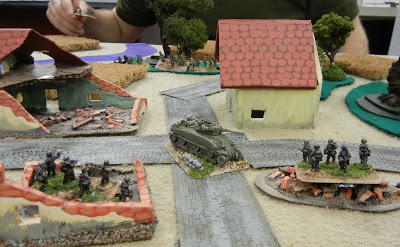 New comer Jason kindly came out and hosted a game of Crossfire. I can't recall the last time I played (three years ago?). We played a NW Europe scenario, with Americans trying to dislodge some determined (and lucky!) Germans. Below you can see the Americans pinned into a corner after a lucky close combat allowed the Germans to turn their flank. 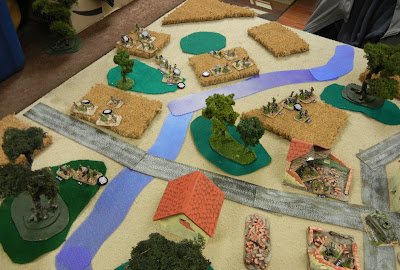 Up next: I have some 10mm AWI light infantry done and some more fellows under way. I am also chipping away at a few superhero repaints.
at 6:28 AM