Bruce hauled out The Price of Freedom last night. This is a card-driven board game that addresses the American Civil War. This is not my favourite gaming genre but I like the mechanics and the level of play. 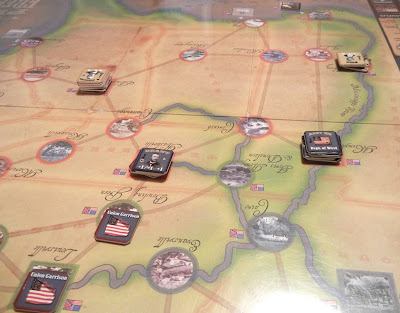 I played the north and didn't keep my eye on the various victory conditions so found myself in the second last year of the war needing to prevent a southern political victory. Thus I ran a lightening southern campaign (capturing the Mississippi and the Gulf Coast in rapid succession) and almost bagged Atlanta (rolled a 1 at the wrong time!) but did not pull it off.

That said, I did have a lucky first half of the war, including shooting Lee out of the saddle at Richmond (Bruce took that better than expected). We also played the reinforcement phase incorrectly but that likely affected us equally. All told, an interesting game. I think we've played four times and this was the first southern victory. 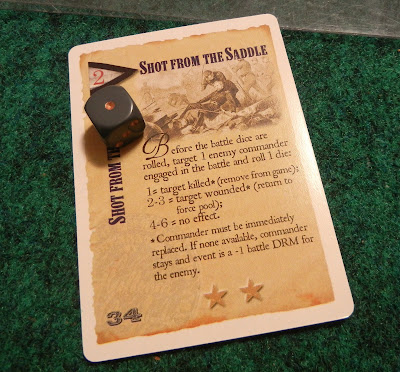 Up next: I have a bucketload of 10mm AWI guys who will be getting cleaned up and primered today. I also have a few bases of 1/72 WW1 British artillery to finish up.
at 7:00 AM