This is the first of two HoTT (Hordes of the Things) Mech armies I have for sale. It is roughly 6mm in scale and is based on 40mm frontages. There are, I think, 22 units in the army and the AP value depends on how you classify each base.

First up are two large mechs. You could play them both as behemoths, but I think the guy on the right might well be more of an artillery piece or a hero. 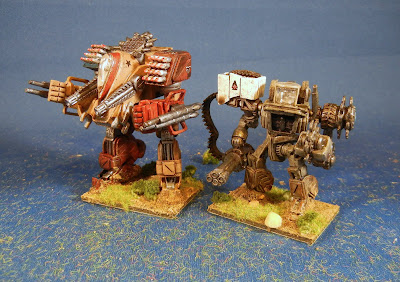 These three walkers I would play as blades. 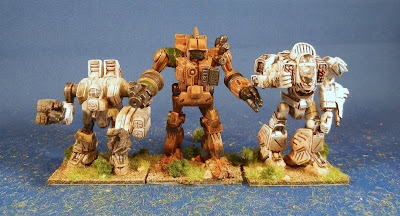 There as multiples of the units in the picture below. On the left we have a flyer (x2). The middle (x3) and right (x3) bases I would play as riders.

I would use these tanks as knights. 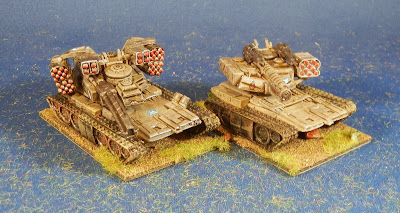 There are also seven infantry bases. Quantities (working left to right are one, three, two and one.

I'm asking $100 OBO for this army plus $15 shipping in Canada or the US. I would, however, prefer to sell these as a matched set so, if you buy both, I'll cover the shipping and I'll throw in a 2x2' GW gaming mat (the new fabric kind) that matches the flocking on the bases. Offers to bob.barnetson@shaw.ca.
at 7:38 PM