This is the second of two HoTT (Hordes of the Things) armies I have for sale. It is roughly 6mm in scale and is based upon 40mm frontages. It comprises 21 units (I think) and the AP value varies depending on how you classify each unit. 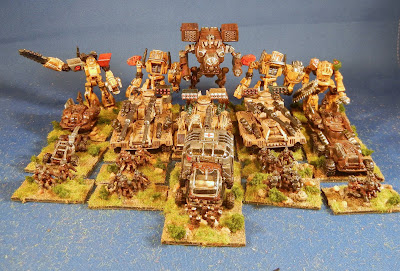 Up first are four walkers. I would classify these as blades. The detail on these are pretty remarkable, with clear windows in the cockpits.

There is also a larger walker I would play as a behemoth. Most of the walkers have posable arms and some of the bodies twist so you can reposition things somewhat. 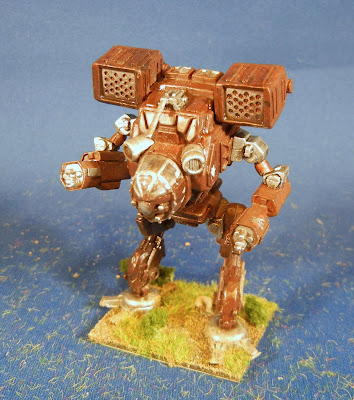 I'm asking $100 OBO for this army plus $15 shipping in Canada or the US. I would, however, prefer to sell these as a matched set so, if you buy both, I'll cover the shipping and I'll throw in a 2x2' GW gaming mat (the new fabric kind) that matches the flocking on the bases. Offers to bob.barnetson@shaw.ca.
at 7:29 PM