I finished up three 28mm plastic knights I picked up on eBay the other day. These knights were give-aways from an Ex Illis event last year. Ex Illis is (was?) a miniature game using computer-moderated rules. I recall the company being taken over soon after it launched and then lost track of what became of the game. 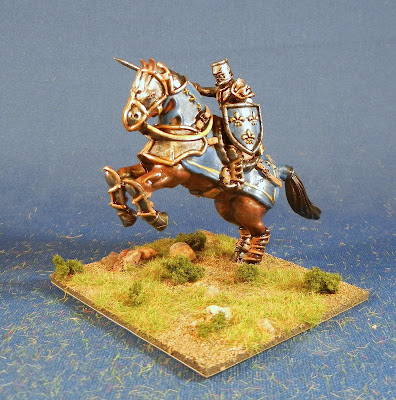 Terry brought a box of these to the club one night last year and they looked pretty good at the time. The miniatures were easy to assemble--the horse and rider legs come as two pieces that fit crisply together. You then mount the torso, add the arms, shoulder plates, head and shield. Not much room for customization but they went together quickly. 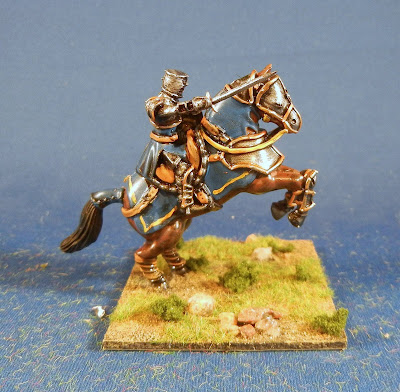 The shields have embossed emblems and I believe each sprue came with five options, include a blank shield. I mixed up the shields and colours to add some variety. I will use these as heroes in my HoTT medieval armies. 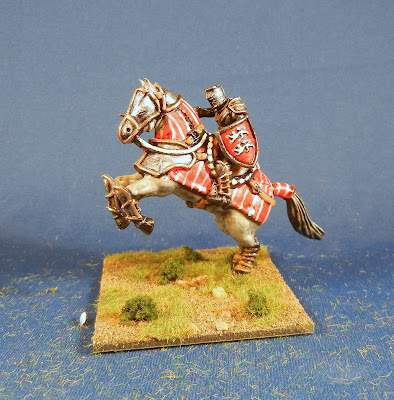 One of the sprues didn't have a head (or I lost it while cutting the pieces free) so I used a GW Bretonnian head. It is a bit big and the crest looks a bit over the top. 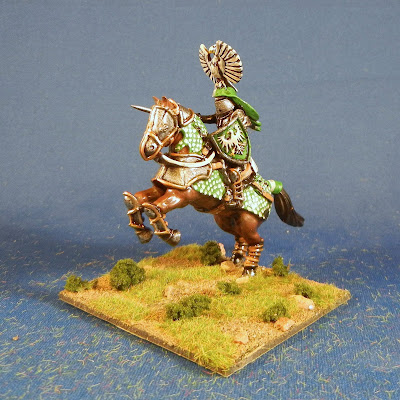 You can see a comparison between a GW plastic Bretonnian (perhaps with a modified sword hand) on the right and the Ex Illis on the left. 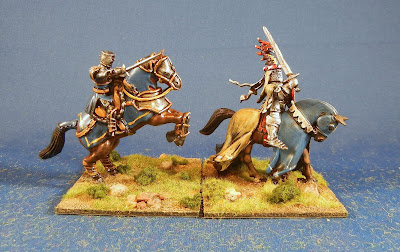 Up next: I have three units of 10mm AWI being based. And I will get some more Brits on painting sticks. I may also sort through some 10mm mechs I have and make up a pair of FUBAR or HoTT armies.
at 6:58 AM

Thanks Kevin. The Ex Illis are nice enough. Some dodgey details (look at how they cover the join on the horse's face) but pretty good for plastic and no filling or filing required. I quite like the horse rearing, although I'm not sure that I'd like an whole army of that pose!