I dropped by Bruce's last night and brought out some 1/3700 Star Trek ships. We used a modified version of Full Thrust. 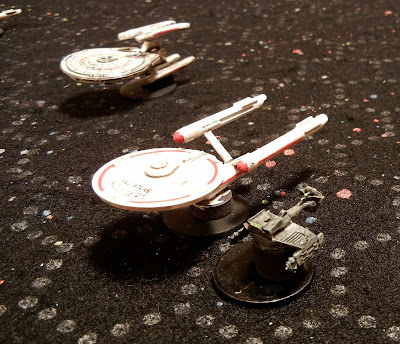 Both games went to the Federation player. I wonder if a few more Klingon ships might have evened the game a bit. 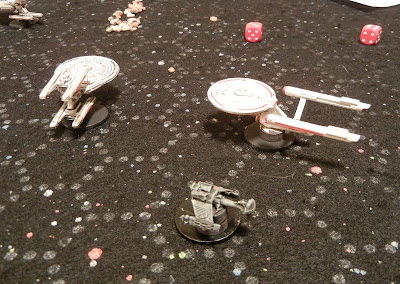 We saw some spectacular crashes through asteroid belts (two Federation and one Klingon) as speed increases made maneuvering more difficult. 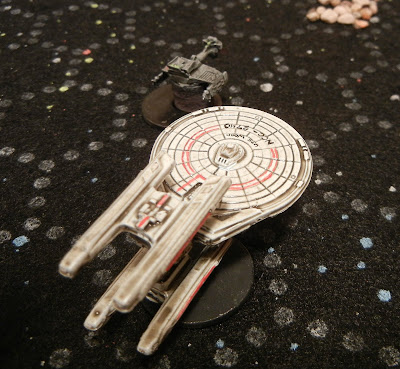 Thanks. Yes, it was a fun game. We tried two different damage mechanics and, while card-draw works nicely in a larger game, the original dice-based system testing of Full Thrust adds enjoyable grit to the game.

Hi there. Who are the minis from ?