While more 10mm AWI move through the basing process, I knocked off a few more Heroclix repaints. 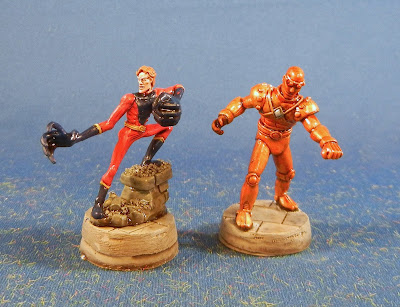 First up is the Elongated Man and Robotman. I think the latter was part of the Doom Patrol, but I'll need to go check that! 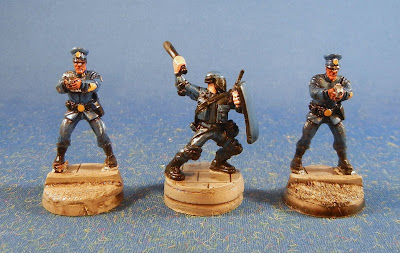 I also did three police officers to create from "levies" for the good guys. A female detective also got painted but had her leg amputated when I tried to cut her off another base. When I find the leg, I will get her patched up. Similarly, I did a couple of more goons for the bad guys. 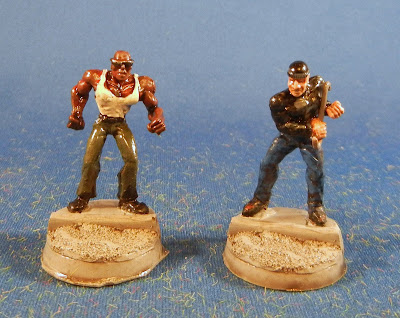 Up next: Some AWI guards, grenadiers and artillery. I also built and primed three mounted horse from Ex Illis that I picked up on ebay. Interesting sculpts--we'll see how they paint.
at 11:35 AM