We had 10 guys out last night at the club with two games running. 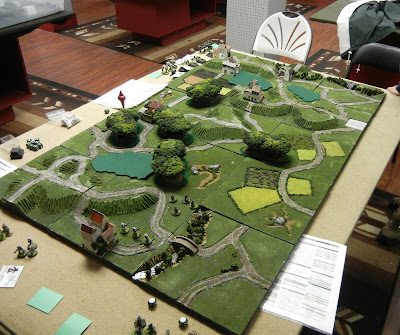 Bruce hosted Chen, Jonathan, Craig and me in a game of 15mm sci-fi FUBAR. He will be putting on a version of this game at Fallcon in a few weeks and we playtested the scenario. 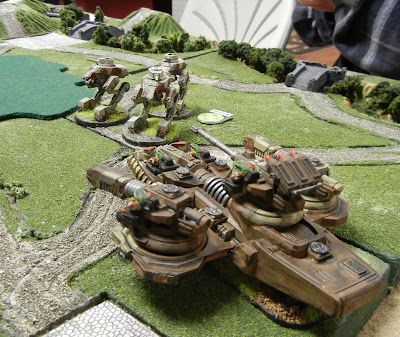 After a slow, slow start, the attackers managed to get down the table only to have their large tank roasted by these spindly walkers. But vengeance was swift and eventually the defenders were the victims of some hot rolling. I'm always surprised by how quickly FUBAR plays and how easy the mechanics are to internalize. The unit cards Bruce uses make sit easy to keep track of who does what. 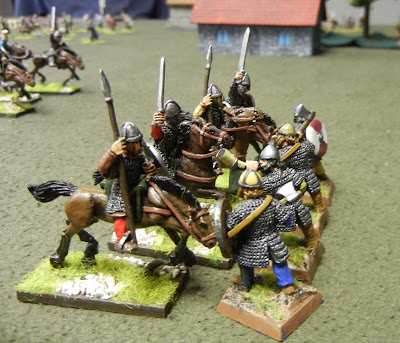 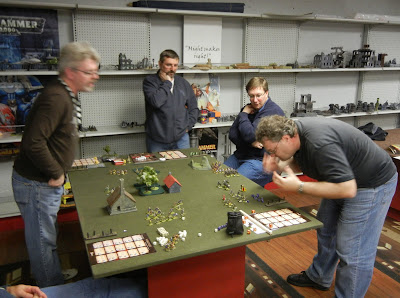 I believe Dave won a narrow victory and everyone seemed to have a good time (except Scott, seen above cursing the Gods). 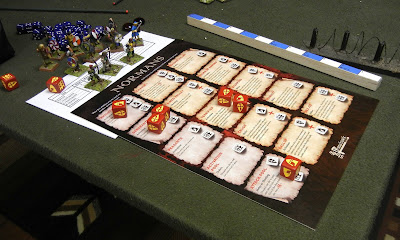 Up next: I have some 1/72 Macedonians that I am basing on and will be doing the cavalry and elephant next. I hope to have this wrapped up over the weekend. We'll also be running an EWG auction to help out with repairs at the Warriors of Time venue in (perhaps) late November. I believe my Macedonians will be part of that auction.
at 6:55 AM

Seems a nice, spacy place... Home of one of the club members?

Inkub: We have a local gaming venue (the Warriors of Time) that various clubs rent gaming time from. It has been in operation for about six years and offers 10 4x6 tables, lots of terrain to use and reasonable prices. We're currently facing some water issues (wet spring caused some damage) and hopefully we can raise enough dough to keep it open. Alternate venues are hard to come by!

My luck is truly horrifying. Its a wonder I don't get hit by a bus!

Not if you need to roll low on your saving throw!