With 2010 drawing to a close, I sat down today and sketched out some 2011 plans. Most of them revolve around clearing a mountain of 15mm and 28mm DBA/HoTT armies that have built up. Over the past year most of my gaming has been DBA/HoTT and I expect this to continue into 2011. 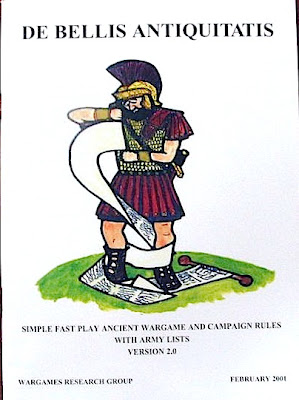 I have a variety of 15mm classical Greek armies to finish off from last year. I also have two 15mm early imperial Roman armies as well as a 15mm Volga Bulgar army. Most of my commissionw ork (which is pretty backed up) is also in 15mm so I'll likely be turning these out for most of the year.

For my own gaming, I have a variety of 28mm projects. The most intimidating is a 28mm Samurai DBA army. So far I have done one test base (curse you Dave Senior!) and am mulling how to tackle the rest. Brighter colours, I think. 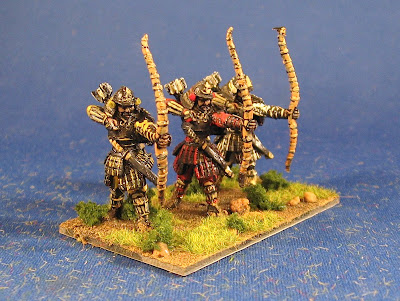 I also have a large stash of 28mm GW Empire figures that I will make a renaissance Italian army out of for DBHX or DBA-RRR. I'm quite stoked about this project right now so it might be the first up for 2011.

There are also a bunch of fill-in projects for completed armies: a few HoTT elements for my Gallic/British army, some foot knights for my French medievals, and some auxilia for my Romans to allow me to field an early imperial Roman army. Plus there is a goblin army gathering dust. And I'm going to build an army with my daughter of some sort--if she can play chess then DBA should be easy enough to try. I also have some bits and pieces to continue expanding my 28mm dark age armies, although I'm waiting on some more plastic releases before plunging in further.

Squirreled away somewhere in the basement is a stash of 1/72 figures that I have an eye on for AWI/War of 1812 armies. I did a bunch of militia up previously. And I'm sure there are completed Indians somewhere (can't lay my hands on them at the moment). I think I'll rebase these for a DBHx standard and then paint to fill with an emphasis on the War of 1812 (with the anniversary and all next year).

Up next: I have almost finished painting a 15mm Etruscan army (just focusing on the details) and they should roll out early next week. And I have a holiday-themed army which I'm basing up. I hope to get a game in with Bruce this weekend and then the last club night in Tuesday!
at 12:34 PM

Samurai look great. I like the muted colours as they are.