I dropped in on Bruce for the last game of the year yesterday and he hauled out 1960: The Making of the President. This is a card-driven game he picked up at Fallcon (I think) that allows two players to duke out the 1960 US presidential election. 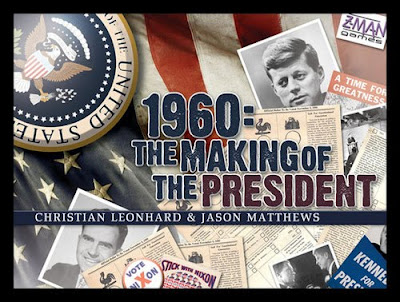 I played tricky Dick Nixon again and Bruce played the dashing Kennedy. With some good luck (I got Eisenhower to endorse me at least twice which is a huge advantage), I managed to sneak out another win. 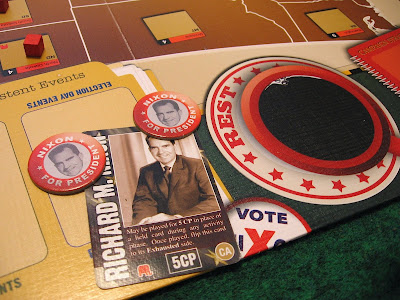 Again, I bagged New York in the final month of the election campaign and that turn the tide. Lucky cards is all that was! I expect this means in some alternative universe, Nixon was killed in Dallas and we're likely still bogged down in Vietnam. 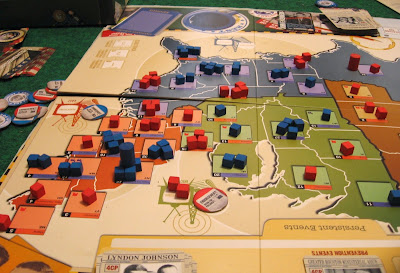 Up next: I have some more 1/72-scale War of 1812 guys I have rebased. And I am almost done the first of the 1/72 AWI troops. I hope to have the foot and artillery for both sides done before the Christmas break ends and a good start on the cavalry.
at 8:17 AM