The Table Top Gaming News has an "old project challenge" going on--simply, can you bring a lingering project to completion between now and February? My lingering project has been a 28mm Gallic/Celt DBA army I started last Christmas using Wargames Factory's 28mm plastics.

So far, I have completed three chariots, three bases of warband and one base of psiloi. 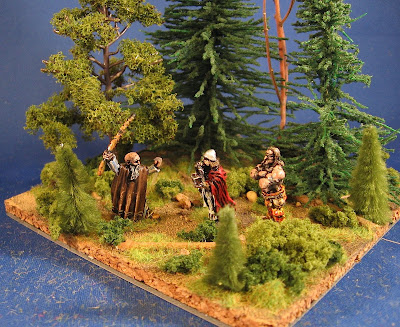 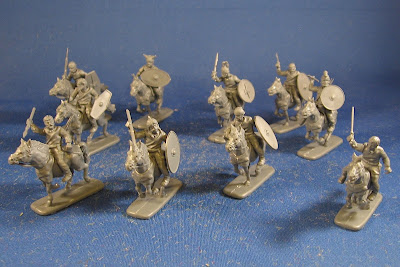 I also need to complete two bases of psiloi. I built these yesterday. And then I need six bases of three-figure warbands (see below). I built these last night and this morning. 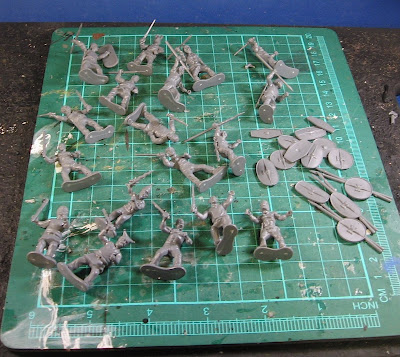 Up next: I'll start priming after I get everyone glued to paint sticks. I'm going to keep the shields separate to aid in decaling. I also have a 15mm DBA army for a commission to get built and primered. And the club is Tuesday--some 28mm DBA medieval action.
at 12:28 PM

Wow, your camp is really sharp!

Thanks! Yes, it turned out well. I quite like the diorama nature of camps.

Bob, I'm going to check out that challenge. Plenty of potential projects to do.