We had a dozen guys out last night and three games ran. Mark and Dennis played a game of DBA that I didn't get a picture of. 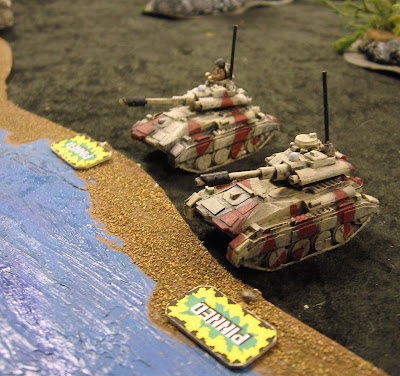 Bruce hosted six guys in a game of sci-fi FUBAR, hauling out his new 15mm futuristic armies. With both walkers and hover tanks, it was a cool game. 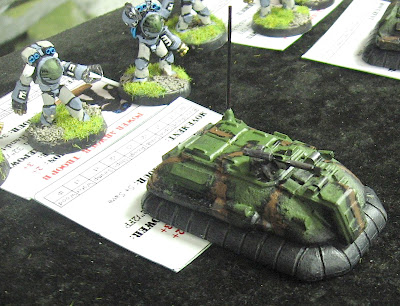 Dave and I brought 28mm medieval DBA armies. His dastardly War of the Roses English put the boots to my haplessly led Burgundian Ordonnance three times! %#^$#* 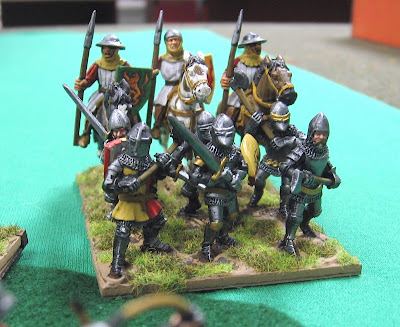 Here are my French in all their glory. Clearly I need to paint up the dismounted knights if I want to have a chance against his bow. Only one game was close (a 5G-4 loss). 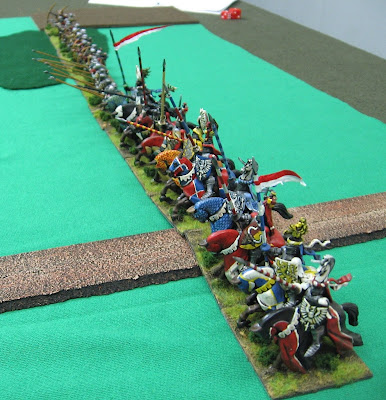 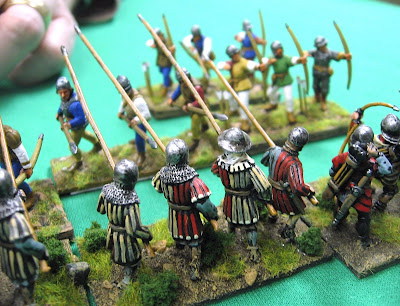 Up next: I have a 15mm DBA army primered and ready to go. I also have a 28mm plastic army primered. And I guess I need to paint up some 28mm French foot knights!
at 7:13 AM

Bob, those were a couple of sweet-looking 28mm armies!

Thanks--yes, Dave did a nice job with the Perry stuff he bought. and I quite like the older GW Bretonnian. I also have a bunch of Empire stuff that I will do a DBA-RRR/DBHx Italian renaissance army with in 2011.

Your friends 15mm sci-fi figs look great. Do you happen to know the manufacturer?

Josh: I think most are GZG with the walkers from Khurazan? Bob

The tanks were GZG, the infantry were Khurasan and the walkers I believe were from Dream Pod 9's Gear Krieg line.