I finished a commission this weekend, a 15mm Etruscan DBA army (I/55a). These were Mirilton Miniatures figures and were very nice indeed. 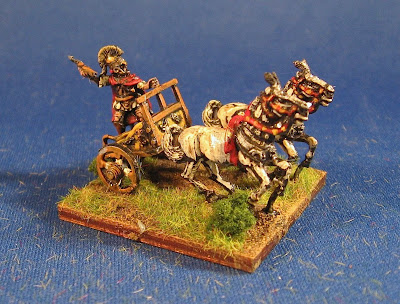 First up is the LCh general stand. This was a treat to put together, with a clear and sturdy socket for the wheels and a hole for the pin in the figure's foot. I see I need a slight paint touch up on the harness before shipping (sticky fingers during crazy glueing) but otherwise this is good to go. 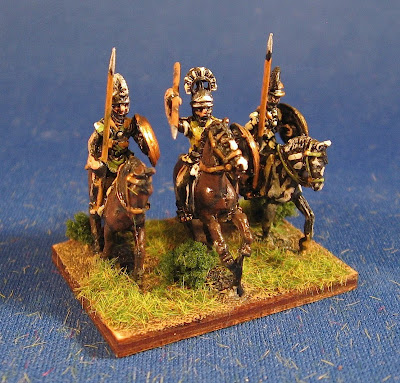 There were also two bases of 3Cv. The first is an armoured bunch of cavalry. And below you can see some unarmoured, hill-tribe cavalry. 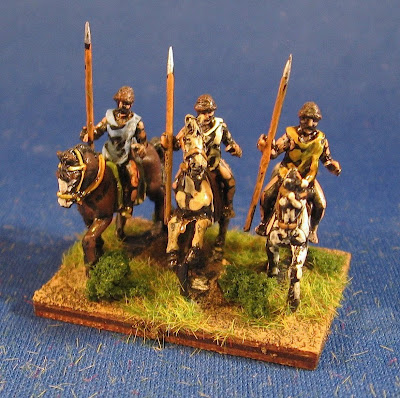 There were six bases of 4Sp, of which I have a blurry shot below. The shields are bare so the new owner can apply some transfers when they arrive. This will improve the look significantly.

My instructions were to make the tunics varied and colourful. I'm not sure I was very successful at that. On the 2Ps a couple of pictures down, a couple of have white trim with black dots to simulate a pattern but they just disappear in the photos. Some of that has to do with the very deep cuts in the cloth. And the rest with my limited painting abilities. 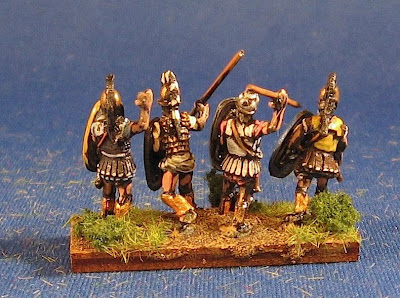 There are also two 2Ps (below) and a 4Bd stand (that I don't seem to have snapped a shot of) to round out the army. 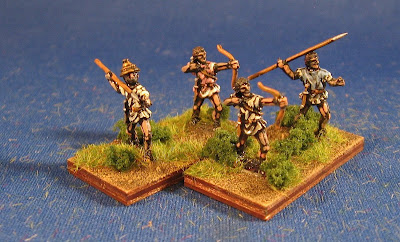 Up next: I have a 1/72-scale AWI British army underway--the flesh and scarlet are done--now onto the buff! I am also looking to wash and primer their rebel opponents this week. There is club play tomorrow night and I have a couple of 15mm Early Imperials Roman armies that might do with some attention over the holidays.
at 9:18 AM

Thanks Allan. They look like an interesting army. I wish there was a bit more history available about them to read.