Craig bought his girls by this afternoon to play (some HoTT) and I continued to lose with my undead. But I improved my play somewhat so that is what I will hold on to. This time the beat down was administered by chaos dwarves. 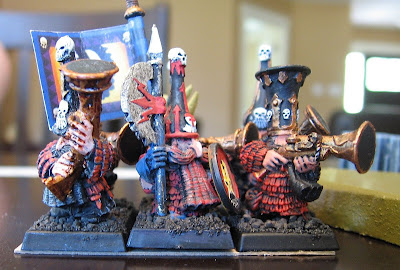 On the left we had a cavalry battle that I eventually won. 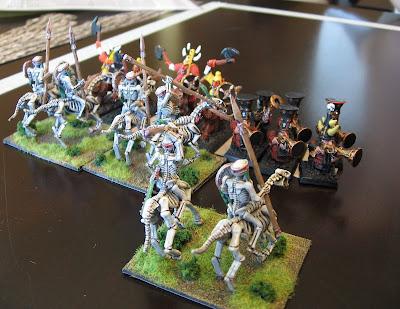 But on the right, the blades made short work of my hordes. But fortunately they just reformed... 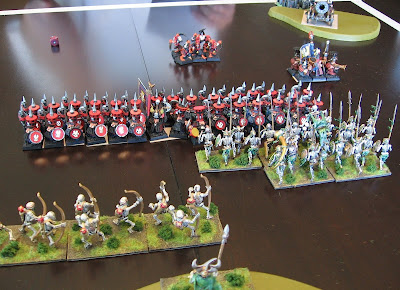 ...to get slaughtered again. A couple of bad decisions on my part, no terrain to speak of and bad dice for the first half were also unhelpful. 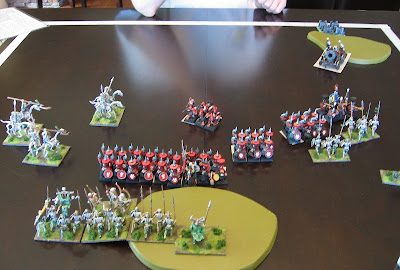 Craig also brought out cool viking game he picked up in Denmark. 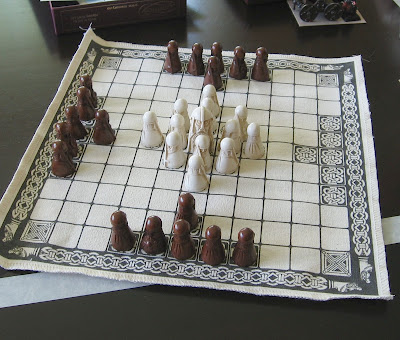 Up next: My last 15mm AWI will get based to night. And I should have some 28mm high elves ready for tomorrow. Tuesday is also the club.
at 4:01 PM

If you want a copy of your own try: http://www.hernescraftes.com/traditionalboardgames.htm

Is HotT a fantasy version of DBA? It sounds like it, and kind of looks like it. Are those figs 15mm?

Looking more closely at the photos, now I think the figs are 28mm. Are you using double-size DBA basing?