We had 11 guys out at the club last night with three games going. Justin put on A Leader of Men, which was a card-driven WW2 game using 15mm eastern front miniatures. I think Duane, Dave P., Barry and Cory played in it. 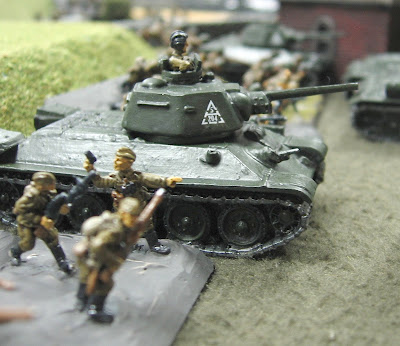 Dave C and Mark played Songs or Blades and Glory. All of my pictures turned out a bit blurry for that game except these fellows. 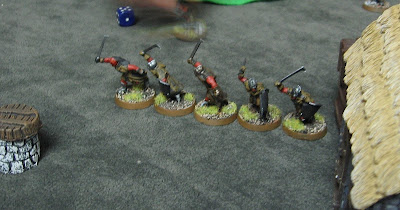 Kevin and Scott challenged Chen and me to three games of CCA, using the official Mons Graupius (84AD) scenario. 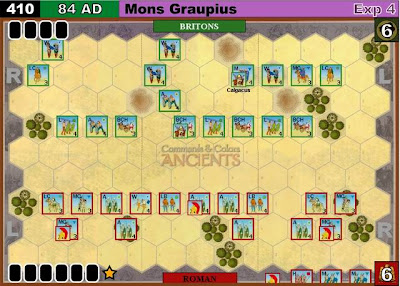 I thought this would be a walk for the Romans (as it was historically) but each team managed a win with the Caledonians. 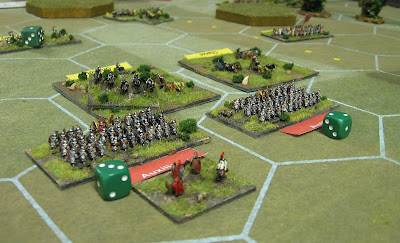 So it came down to a tie-breaker--could Chen and I manage a win with the Romans. Good rolling and a cagey play with a mounted charge card meant yes (albeit barely).

Up next: Some HoTT action, some 15mm HoTT goblins and perhaps some skeletons.
at 8:12 AM