A friend sent me six units of 15mm AWI for painting and I managed to crank off two of them this week. 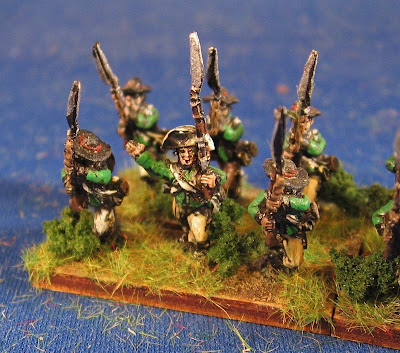 Up first were a group of loyalists in green jackets. Dale sent very specific painting instructions; hopefully I didn't screw it up too much. 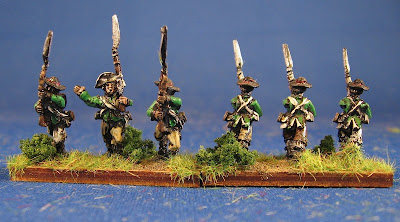 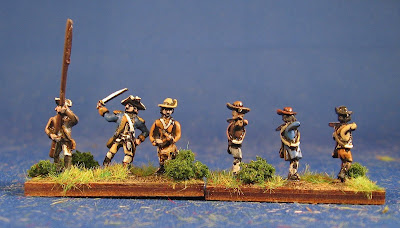 There were also 12 rebel militia in firing pose. I have not yet attached the flag to the pole--it is metal and I wonder if it won't just break off in shipping. 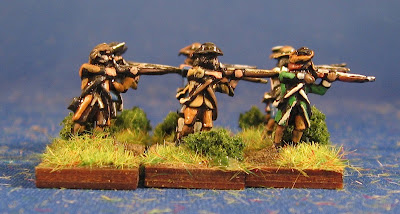 I thought these turned out a bit better than the loyalists but that is likely more due to the figures themselves than anything I did. 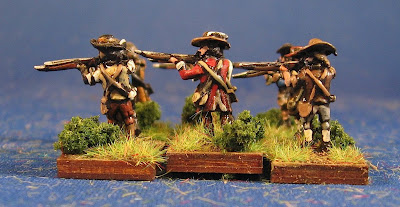 I find advancing figures always look over active when compared to firing figures.

Up next: I'm waiting on some 28mm dwarves to dry so I can flock. And I will get another two units of 15mm AWI guys prepped. And there is the final push on the dwarves (cavalry, shooters, cannon) that needs attention. The cavalry will go quickly. The shooters not so much.
at 6:56 AM

These look great. And I agree that the PATRIOT militia figures look better. I believe they are Polly Oliver while the Loyalists are Old Glory.

Still have loads more for you to paint... :)