My brother and his girlfriend dropped in for a couple of days so gaming took a backseat. We took them to Fort Edmonton to show them some ye olde time fun. And my wife discovered a new appreciation for horses (look closely at the photo). To give you a sense of scale, the horse stands 1900mm tall (foot to eye--it was huge!). 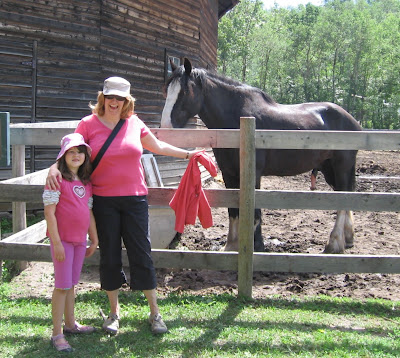 My brother also gave my daughter a Lego pirate ship. Yes, 592 pieces of finger abrading fun. It is quite the impressive vessel and I wonder about gaming applications. 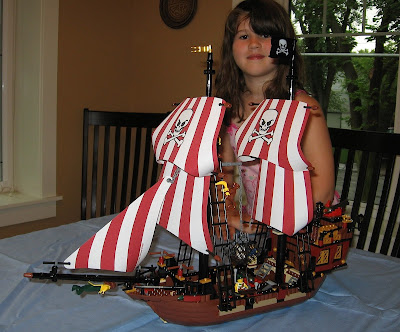 The cannons actually shoot and the whole thing looks great. The only complaint I have is that the cones used to keep the sails from sliding off the spars just rest there. I think some epoxy may be necessary! 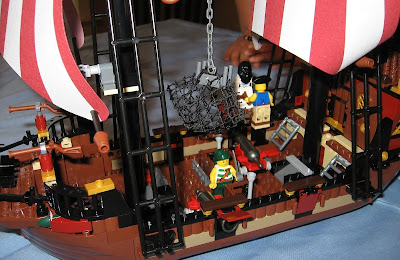 It also comes with a shark and two British sailors in a boat. 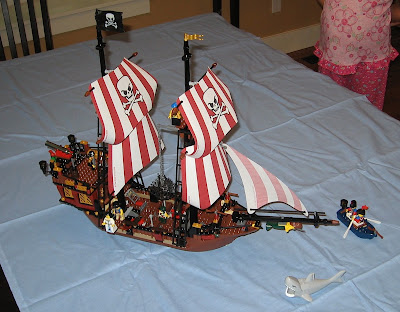 We also played five games of Pandemic until late into the night. Can you save humanity? Well, two times out of five. And only once when you play it at the normal level. What a nice game! 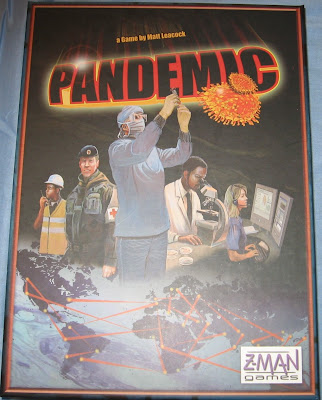 Pandemic was the first cooperative game I played and I think it's a great introduction to coop games. Once you've played Pandemic a significant number of times, I'd highly recommend getting the expansion as it adds a pile of options to the game.