I finished up some units this week for various HoTT armies. First up are some Imperial Scout Troopers on speeder bikes for my Star Wars armies. 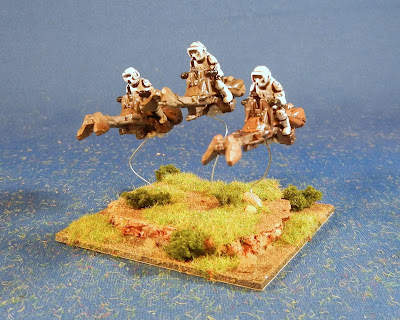 These are old micromachines. They are a tiny bit small compared to the West End Games figures that comprise most of the army but they are a better fit that the giant titanium series speeder bikes I presently have. 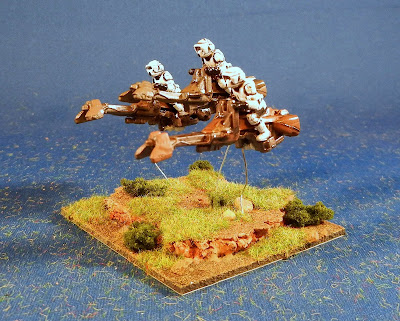 All they needed was a wash and some basing and off they go to shoot up some Ewoks. I'm quite excited by these Star Wars armies and will likely use them at MayDay next year. 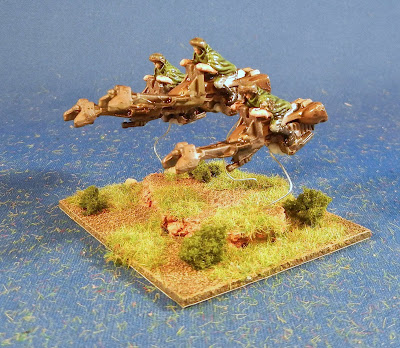 I also have a base of rebel bikers. I'll use all of these in HoTT and likely classify them as riders. I have snow speeders classified as flyers so that makes some sense to me. 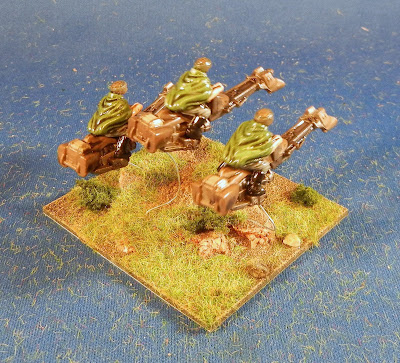 I also have a base of WW1 biplanes for my HiTT army. These were a kind donation from a TMPer (including decals!) and are 6mm. I think HiTT classifies these as fighters. 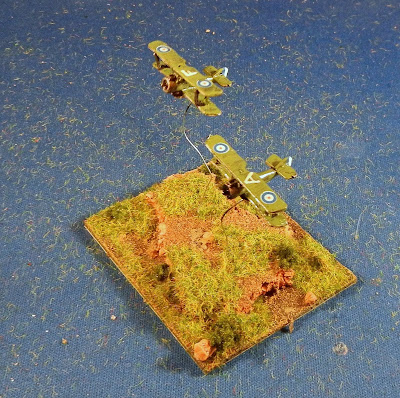 Up next: I'm off to the Edmonton international AFV model show this morning with child in tow so I hope to have some pictures of that to post. I also have some 1/72 AWI guys being based (the last of the Americans) and I have primered a bunch of 1/76 British WW1 troops. Need to figure out uniform and webbing colours for these fellows (brown? green? khaki?).
at 7:59 AM

Thanks Ray; glad the basing turned out okay; I got to jalapeno juice in my eye yesterday while making chili and vision was a bit dodgey when I was finishing them. Funny in retrospect but unpleasant at the time!