Well, when you're on a roll, you want to let it ride so I continued to paint Airfix WW1 figures, finishing off most of the infantry bases for my 1/72 HiTT British army. 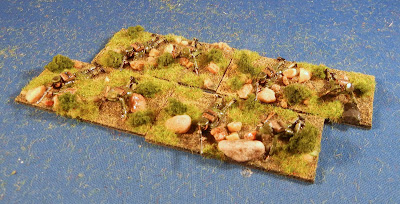 First up are four bases of two-man sniper teams. These would be classified as lurkers, I think. 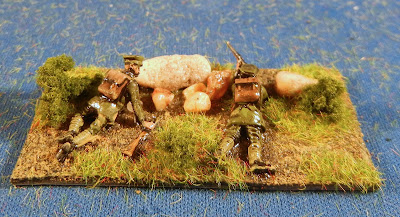 I also did three bases of standing rifles, each with four figures.

And I did two four-man kneeling rifle bases. There are a few other figures laying around but this gives me 11 or 12 bases of infantry so I think I'm good. 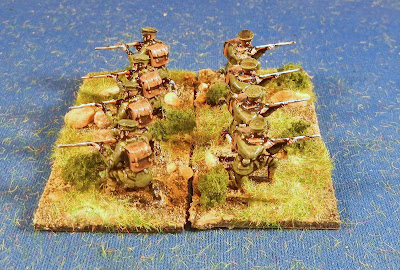 Up next: I have three WW1 MGs and a mortar team painted. I just need to wash and then base them. Underway I have a box of Perry 28mm late medieval pike, crossbow and shot troops. Should be enough for three bases of each type and will add some depth to my early renaissance German armies. The pike are built and the rest are ready to build. I thought a change of pace would be in order after all of this WW1 foot. Then I will likely return to the Great War for artillery and some German foot.
at 9:48 AM

Nicely painted!
Have you heard of A Very British Civil War? These look like they would go well with that ruleset.