We had 11 guys out with four games running last night at the club. Dave hosted a game of Victory without Quarter, an ECW ruleset he has been reading up on. The gist was the attacker had overwhelming numbers but a traffic issue while the defender had to trade space for time to get reinforcements on. 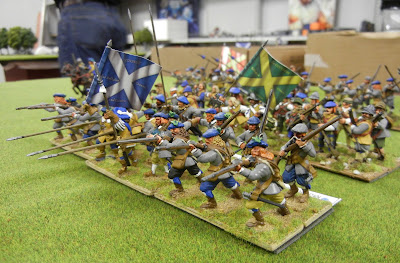 We used Dave's lovely 28mm figures and Terry attacked while I defended. The card draw initiative system meant I watched quite a lot until my reinforcements showed up. I figures I was hooped early on but managed to sneak a narrow win. Very narrow, in fact. Terry was a pretty good sport about it given how he controlled the game throughout. 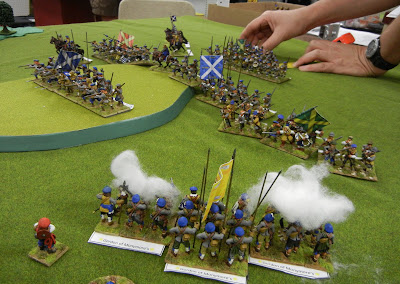 Behind us, Mark pitted his Night Goblins against Scott's Daemons in some WHFB. This sounded like it was going to end in the Daemons' favour after one of Mark's fellows ate some poisoned mushrooms. 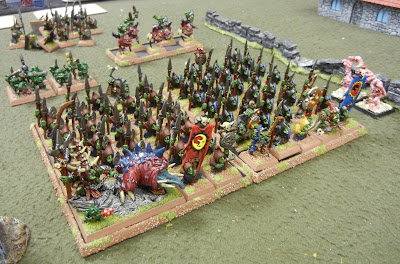 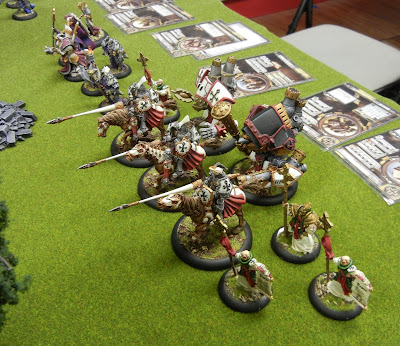 And Bruce hosted Chen, Andy and Jonathan in a refight of Cheaspeake Bay using Man of War. I believe we're seeing a collision between two of Andy's ships in this picture while Jonathan's ship squirts out of the way. 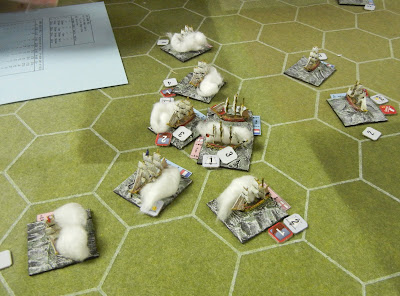 Up next: Some WW1 support weapons and then onto some 28mm early renaissance.
at 5:46 AM