We had eight players out last night, including two guests. The guests brought their own game of DBA, using lovely 1/72 plastics. 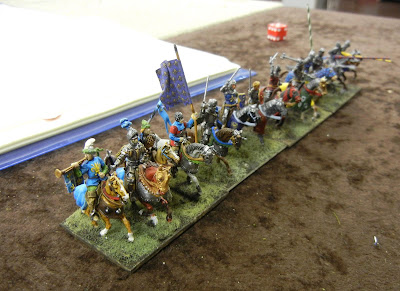 I'm not sure how this game turned out but we hope they will return next time! 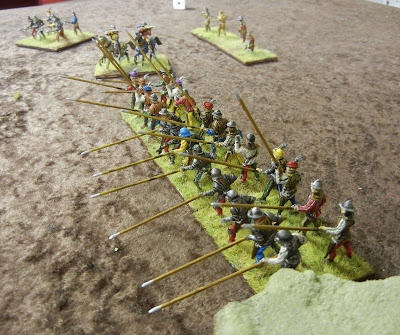 Dave provided colour commentary and Mark's Night Goblins took on Scott's Tomb Kings. In related news, there is a Tomb King army available cheap for anyone who wants it.... None of my pictures turn out of the Warhammer game. 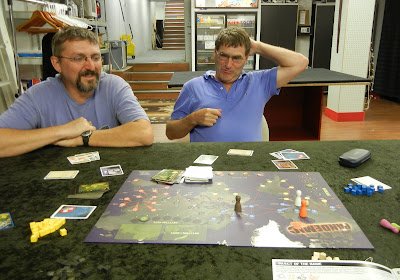 Bruce, Terry and I played five games of Pandemic. Yes, five games. We lost three almost right away because of a snafu in the discard pile. When we finally figured that out, we lost one close one and then one a game, but only by the thinnest of margins. 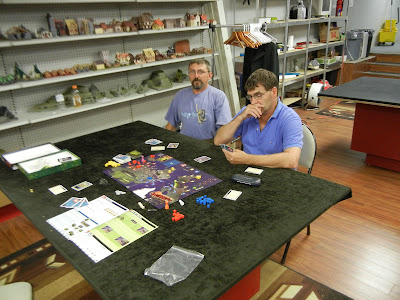 Overall, a good game that we were happy to finally beat. I'm not sure we could really do this on the legendary setting. 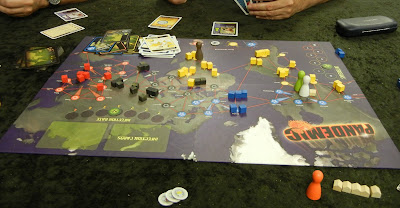 Up next: The last of the 15mm Greeks are awaiting shield decals that I will apply today. Then I have some speeder bikes for my Star Wars armies. Then onto finishing the 1/72 American AWI troops I have. After that maybe some 1/72 WW1?
at 6:25 AM

Sorry I missed the evening. See you next time!

Yes, Pandemic was a hoot; I'd play that again in a minute!