I moved a few more 15mm Greeks to completion yesterday. These are part of a commission of 15mm Xyston figures. The owner will base them so I have just blue-tacked them down for the photos. 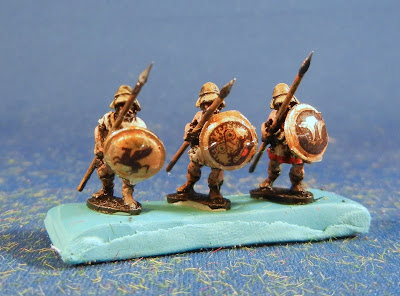 I'm still learning with the decals. Some I applied to metal-coloured shields. Others to shields with painted backgrounds. I think the latter are better so will do the last 16 figures with all-coloured shields. 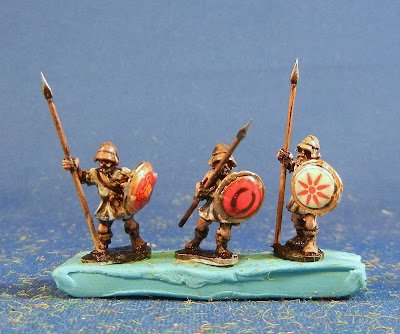 These Xyston spears are sharp. I stuck one in my knuckle while adhering them to the figures and pulled it out with my lips, not noticing it had a dab of crazy glue on it. Crazy glue does not taste good. 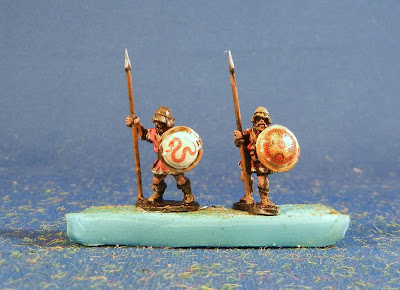 There are also two bases of ballistae. These were nice models to build--the pins lined up with the holes, etc. 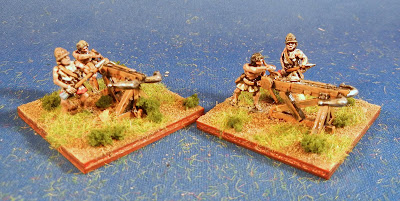 The loader looks a bit like he's playing the base but otherwise the poses are good. 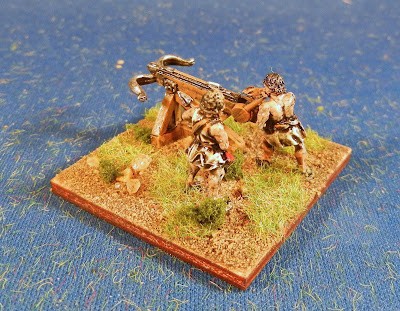 Up next: The last 15mm Greeks, Pandemic at the club on Tuesday and some flying units. I'm also completing a big my-junk-for-your-junk (MJ4YJ) trade that will see my HiTT armies reinforced while most of my spare medieval, dark age, fantasy and sci-fi minis will depart for greener pastures. Now if only I could find someone looking for a bunch of unpainted 15mm ancients!
at 8:11 AM

Out of curiosity, what ancients?

Lord, there are a lot. A fair number of Romans (both Republic and Imperial) plus various others including Picts (I think). Not sure on number--couple of hundred?