The upcoming EDBAG dark ages campaign necessitated some rebasing of my viking army. These were (I think) the first 15mm miniatures that I painted so the painting itself is not the greatest. But better bases really helps!

I'm going to be playing the Leidang (III/40c) list which means I may need to grab a few 3Ax bases if I want all of the variants (maybe from my Irish army) although I imagine I will play the 4Bd options most of the time. 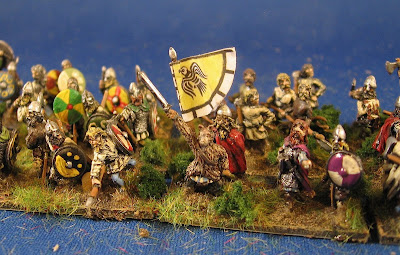 Although the painting itself is lame, I was interested to see how much more experimental I was with shields back when I first started the scale. 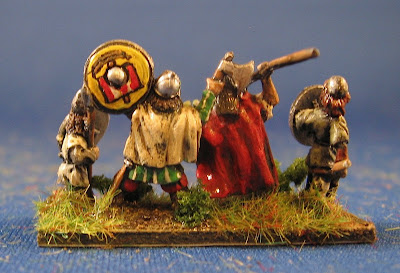 Some figures did turnout nicely. The bowmen, for example, are decent enough. 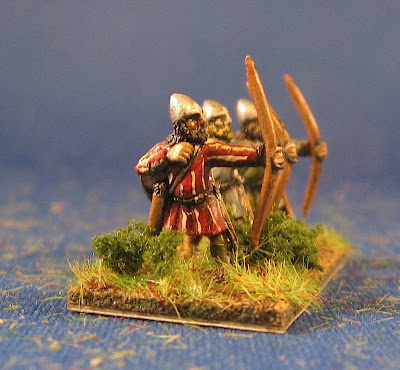 And I'm actually quite happy with the camp (it is a 6mm house from Irregular). 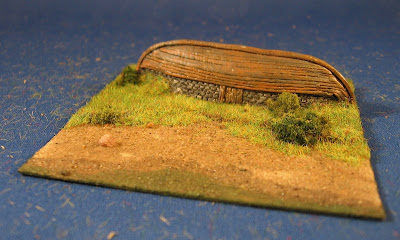 Up next: I hope to have a 15mm HoTT dwarf army done this weekend. I did most of the block painting last night so have only details left. A bit stuck on shield designs though. I also have some more 28mm medievals primed and ready to start. And, while I'm in the rebasing mood, I have a 15mm Saxon army that also needs new bases.
at 8:36 AM