I swung by Bruce's house the other night for some DBA and he hauled out some Crusader and Saracen armies. I don't think I have ever played this period before and took the locals against Bruce's religious imperialists. 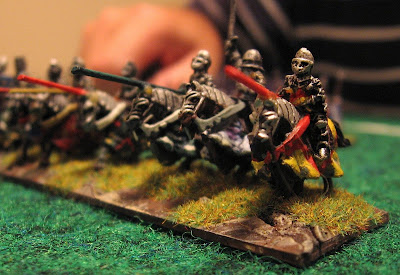 Game one saw III/65 v IV/7. I felt I played okay and lost largely because I rolled three one's as our lines came together. Overall, a swirling cavalry battle and a lot of fun, with the crusaders winning 4 v 2. 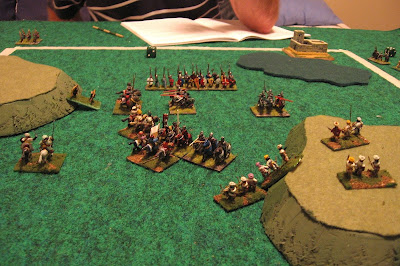 Game two I switched to IV/6 and played Saladin, alas very poorly. I had a devil of a time with his knights. The first game I lost 4-1 including my general stand. 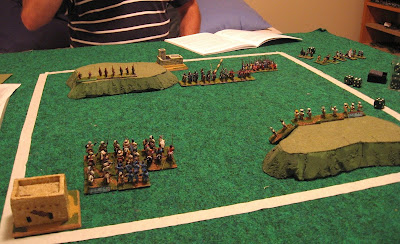 The second game I tried a different strategy but again used my cavalry (losing 3G-1). I wonder if the trick is to use the terrain and the weak foot elements more effectively.

Up next: A very cool 28mm HoTT army for sale. Then perhaps some littoral terrain for DBA. And then some more 28mm medievals.
at 8:59 AM