Last of the 28mm Skeletons!

finished basing the last of the 28mm skeletons. This includes three bases of riders, each with two figures. 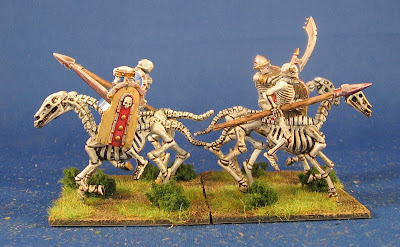 What I like about these figures is the detail the emerges when you consider the figure some. Like the hole in this fellow's ribs. 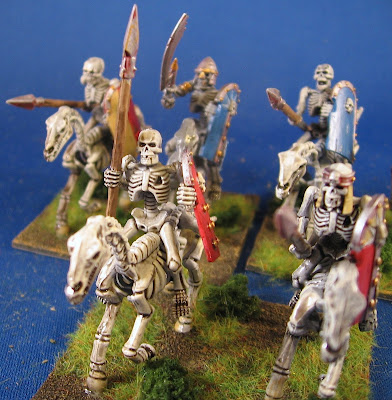 I also based up nine shooters. 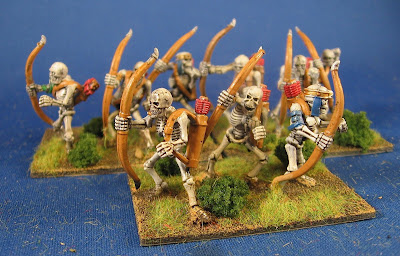 Up next: A DBA battle report tomorrow, some medieval figures and a painting guide of sorts on Tuesday and then some 15mm AWI. Thereafter, some 15mm dwarves and rebasing my DBA vikings for an upcoming campaign. Then who knows whatelse.
at 10:55 AM

Thanks! I quite enjoyed painting these--easy work and they look pretty good for the effort involved.

Looks great Bob! How many units of the dead do you have now?

Somewhere around 35 units. I plan to sell off some of these bases (likely a HoTT army worth) once I figure out what I want to keep for my own.