Continuing with some historicals, I finished off a Celtic camp for DBA (or HoTT, I suppose) using some 28mm metals from Warlord. 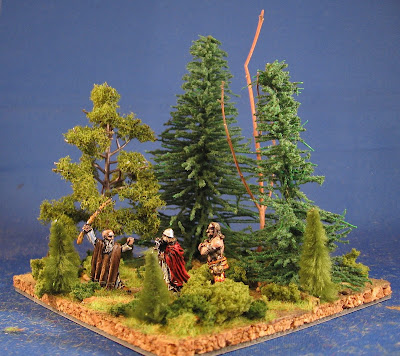 While I considered doing a stockade with BBQ skewers (as several guys I know have done nice camps like this) I decided I wanted to go for more of a woodland glade. 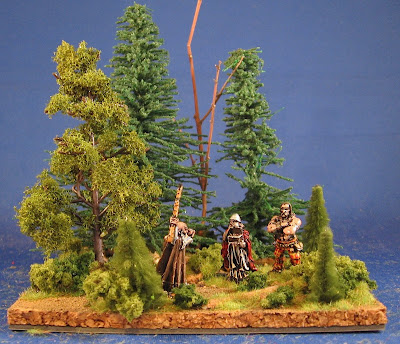 And thus we have some sort of nefarious merchant and his Celtic bodyguard making a deal with a barbarian elder or druid somewhere in the woods. Based on the druid's pose, I'd say the opening proposal is outlandish! 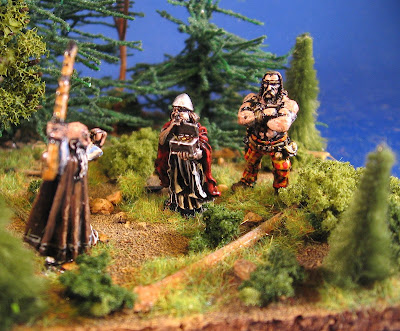 I spent a lot of time getting the ground clutter right. My recent canoeing experiences reinforced just how bleeding messy nature is! 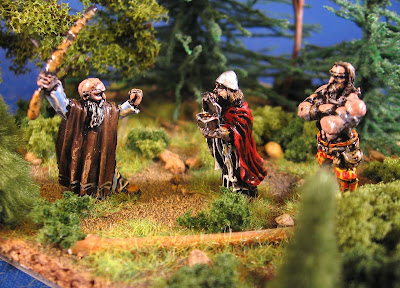 Up next: I'm going to run two scenarios at the club on Tuesday: Cowpens and Guilford's Courthouse using the Clash for a Continent hex-based rules and 6mm miniatures. I have a bunch of medievals on the workbench. And I have put together four 15mm renaissance DBx armies for sale that I will photograph today and post up this week.
at 7:49 AM

Bob,
This is a great vignette...love it!

Thanks guys--yes, fun to do and it sates my desire to get into model railroads. Such fiddly work and nothing get blown up the end!