These looked like older figures with nice, simple lines. I quite liked them. 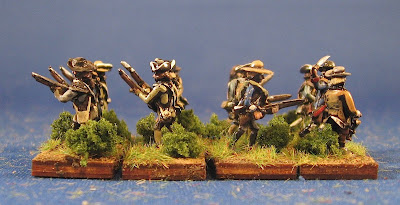 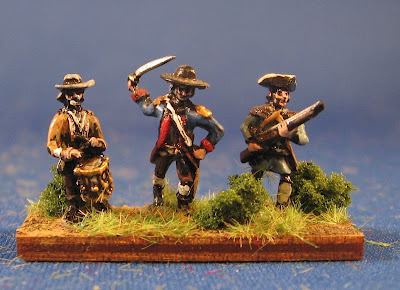 There were also six bases (12 figures) of over-the-mountain men.

I tried to make these bases a bit rougher than those of the regular militia. 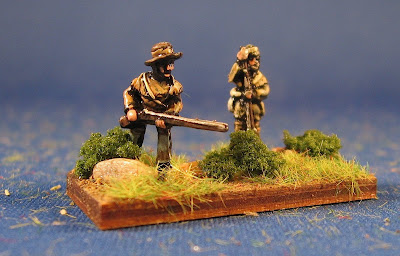 Up next: A rebased 15mm viking army is drying. I also have some 15mm dwarves underway, with the flesh, metal and fur (some are riding big cats!) painted. Must now come up with a colour scheme. Then on to some more 28mm medievals: a base of knights, two heroes, some psiloi, etc. And I need to make some littoral terrain.
at 8:07 AM