SOLD!
A friend has asked me to liquidate his wargaming collection. There are a number of eastern Rennaissance armies that I have broken up into DBx-sized lots. These are all based on 40mm frontages and are suitable for DBR, DBHx and Fields of Glory. If you would like more troops for FoG, we can likely oblige.

This lot comprises 16 foot, 21 mounted and two (2) war wagons (I missed one when I took the group shot above) of Muscovites on 15 bases. We're asking $110 OBO plus $20 shipping in Canada or the US. We'll ship overseas as well but the cost would be higher.

Here they are from a different angle.

The army also has four bases of 3Cv/3Kn.

Again from a different angle. This shows off the details on the saddles. 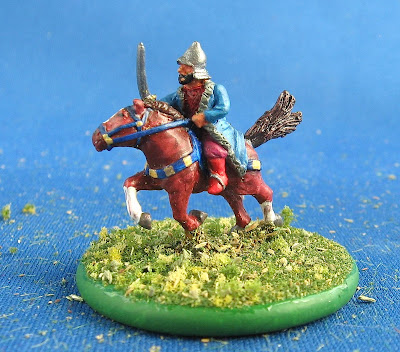 The army also has a general figure.

There are four bases of fire-armed foot with ahand-painted banner. 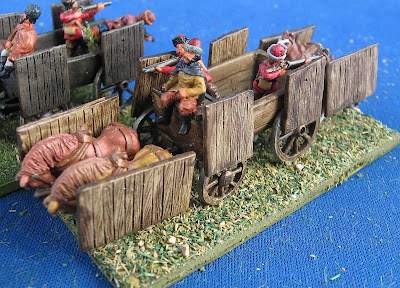 Finally, there are two war wagons. Each contains a driver plus two fire-armed foot. these have not been glued in place so you can affix them as you like, 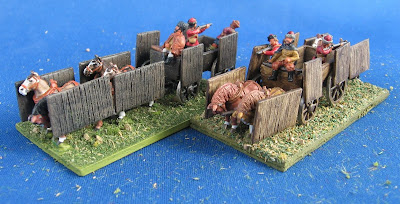 All offers can be made to bob.barnetson@shaw.ca. Shipping is by Canada Post. Each base will be bubble wrapped and then will float in a box of filler (peanuts or rice crispies). Shipping includes tracking and insurance.
at 12:58 PM