Although production has been slow, stuff continues to come off the workbench. I finished three more bases of 28mm plastic knights for my DBA medieval army. These are old GW plastics. 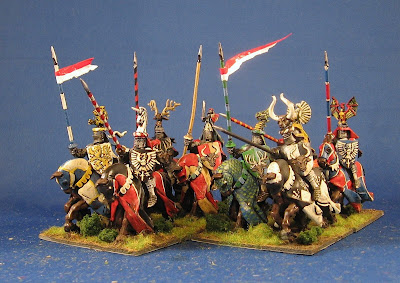 This brings me up to four bases--just need one more and then a couple of extra figures will be heroes so it can morph into a HoTT army. 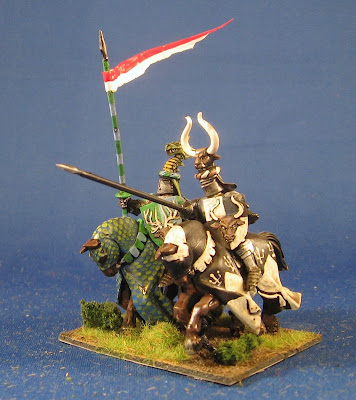 I borrowed the paint scheme for the fellow on the right from Neldoreth but managed to figure out something for the guy on the left by myself. 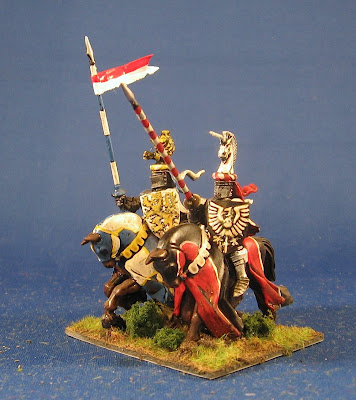 Again, the guy on the right is Neldoreth inspired. Although somehow I managed to translate Joe's dignified knight into something vague Nascar. 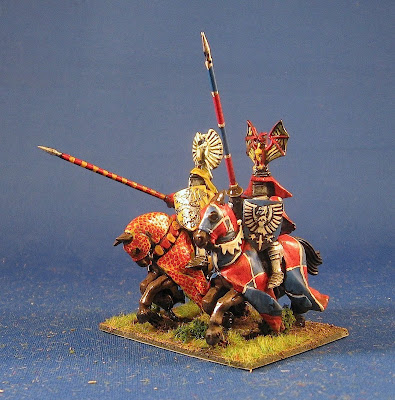 I think both of these fellows are original ideas. But who knows at this point!

Up next: I have 4Cb, 4Sp and 8Bw ready to base. the *Bw will include some discussion of how I painted them (a viewer request). I also have a bunch of skeletons I will base at the same time. On the painting table are some 15mm AWI and 15mm dwarves. And I will need to rebase a bunch of 15mm vikings for an upcoming campaign.
at 11:06 AM