I finished basing eight bowmen and two knights for my slowly growing medieval army. These GW Bretonnians join two trial bases of Zvezda infantry that I did a week or so back. 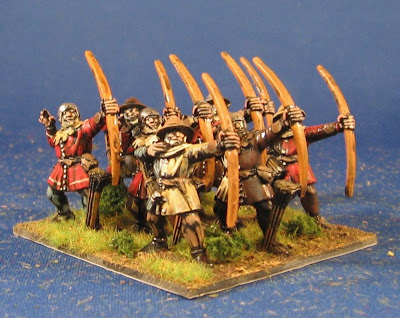 The 8Bw element is quite the thing to base. But I think it looks okay. I'm still experimenting with the colours. I wanted it vaguely uniform but not regimented. 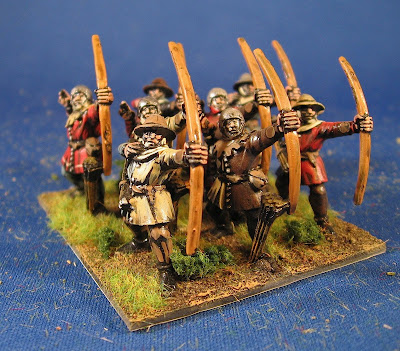 It seems to match with the Zvezda well enough for size. The Zvezda bows are noticably smaller, though. Not something I'd notice on the table and perhaps explained by them being different troops? 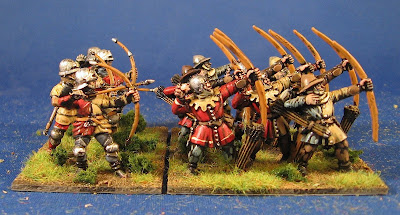 The knights were loosely based on some Neldoreth did. His, of course, are better. But these will do. I've little experience with medieval colours or heraldry so I was happy with these as a first step. 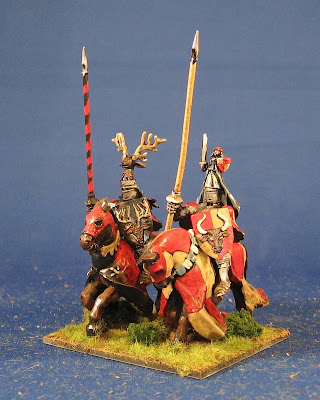 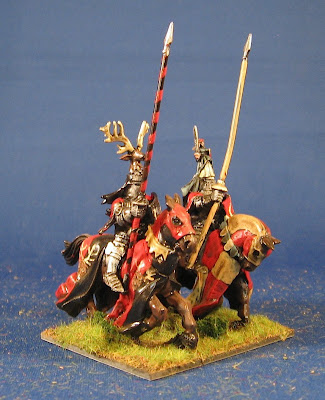 Up next: A bunch of 28mm skeletal hordes are based and drying. I also have a bunch of skeleton shooters and riders to base. By then I should be done the rest of the knights andh ave moved onto some more medieval foot. I've had a request for a step-by-step painting post (wow, someone reads my blog!) so I will try to remember to do that with the next batch of medieval foot.
at 9:33 AM

Those are really nice. A step-by-step painting post would be awesome.

I am with Scott. Nice and Clean. They dont look over detailed, but well done great looking tabletop figures.